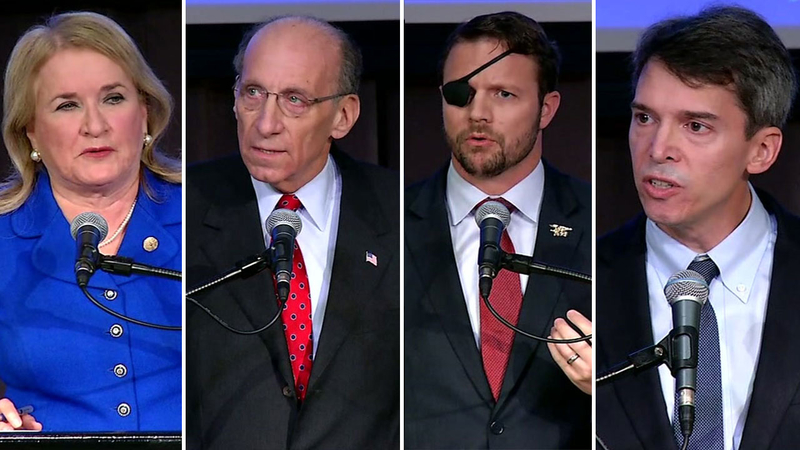 ABC13 anchor Mayra Moreno served as one of the moderators, asking questions of the candidates hoping to succeed outgoing U.S. Reps. Ted Poe and Gene Green.

Crenshaw and Litton spent a good amount of time going back and forth on gun control. They also addressed the border wall and the flooding concerns since Hurricane Harvey.

In District 29, Democratic State Sen. Sylvia Garcia is hoping to head off a challenge by Republican Phillip Aronoff for Rep. Green's seat.

Aronoff was quick to throw jabs at Garcia during Wednesday night's debate, causing a loud reaction from the audience. Both expressed their stance on bilingual education, DACA, human trafficking, and even the "Me Too" movement.

Don't forget, you can also watch the second debate between Sen. Ted Cruz and Rep. Beto O'Rourke on ABC13 and online at ABC13.com.

The Texas Senate debate will be held on Sunday, Sept. 30 from the University of Houston. ABC13 anchor Tom Abrahams will be moderating that debate.