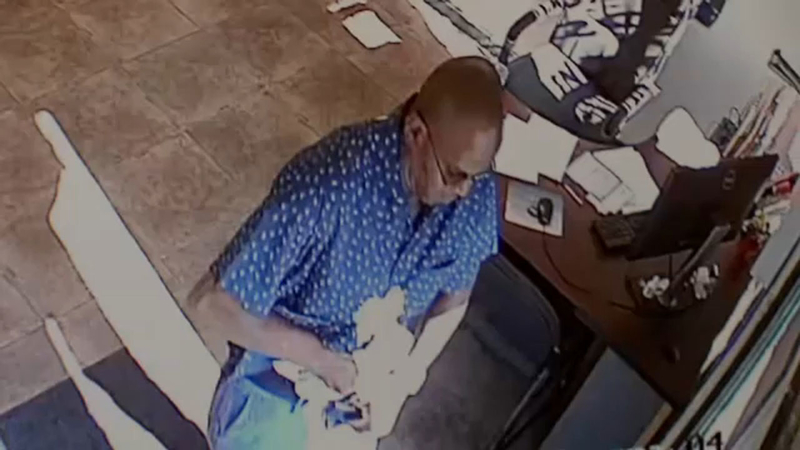 Police are looking for an alleged thief who stole thousands

HOUSTON, Texas (KTRK) -- Good-Year Motors is a small dealership in The Heights, and when more than $3,700 in cash is stolen, it's a big hit.

Brown says a man, who was caught on surveillance camera, came inside and stole money from her office.

"Based on the way it looks on the camera, it looks like he's familiar with this place," said Brown.

She tells ABC13 Eyewitness News she saw the man and thought he was there wanting to buy a car, but he had his eyes on something else.

"He was not waiting on me at all, he was waiting for a chance to get in the office without even seeing him," says Brown.

She walked into her office a short time later to get money, when she saw it was gone.

"I noticed it wasn't there and immediately I thought, 'Oh no,' because I know how quickly things like this can happen so I opened the bags, there were two of them, both of them were empty," recalls Brown.

Brown called Houston Police who are now looking for this man.

"I think he needs to be taken off the street because obviously I'm not the first, I'm pretty sure of it, and I won't be the last," Brown said.