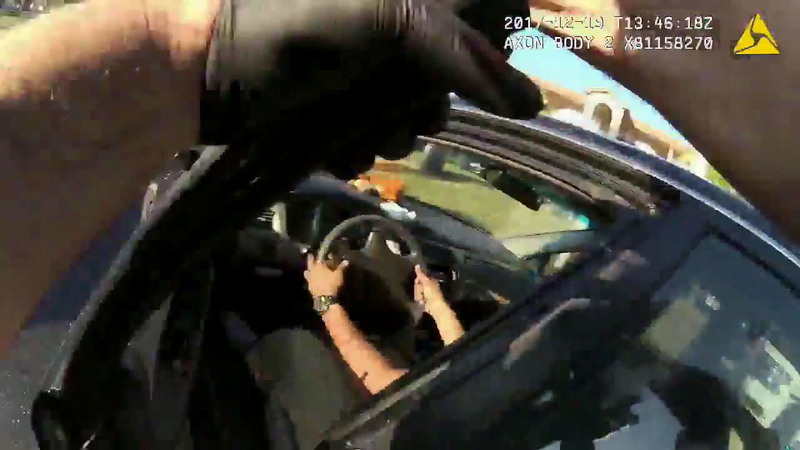 PEMBERTON PINES, Florida -- A Florida police officer was dragged by a car at high speeds and it was all caught on his body camera.

The incident began when a local resident called police, worried about two people passed out inside a car.

The responding officer noticed what looked like drugs inside the car so he put on protective gloves.

Then as he tried to enter the car, the man in the driver's seat woke up and suddenly gunned the engine. The officer was caught hanging on the door as he was dragged with the car at high speeds.

The officer lost his grip, then skidded and rolled along the pavement.

The driver then led police on a 20-mile high-speed chase before he was eventually caught and taken into custody.

The suspect, Thomas Cabrera, 38, later admitted he was using heroin and cocaine that day, officials said.

Officer Jon Cusack, a 20-year veteran of the Pembroke Pines police force, is recovering from numerous injuries and says he looks forward to going back to work.

Cabrera now faces charges of attempted murder of an officer, fleeing and eluding and driving with a suspended license.