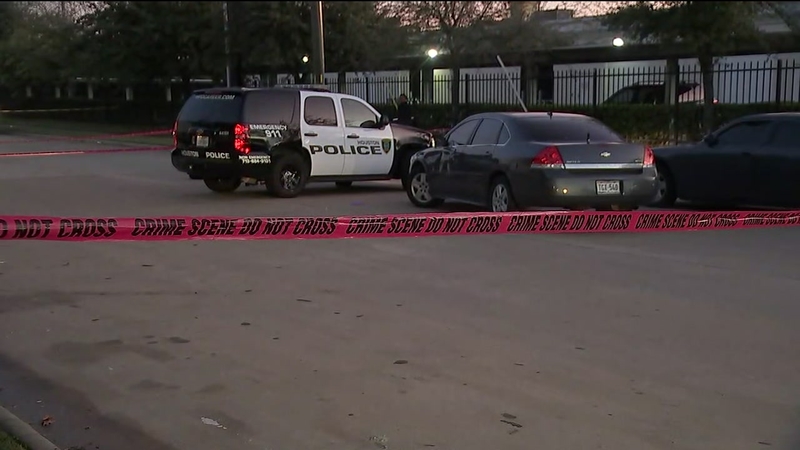 HOUSTON, Texas (KTRK) -- A patrol officer in southwest Houston was flagged down after someone spotted a woman's body in the middle of the street.

Houston Police Department detectives were called to the 9800 block of Brooklet Drive just before 2 a.m. Monday.

Investigators say the woman was partially clothed. She is believed to be under the age of 30.

Investigators are releasing the information about the woman's tattoos in an effort to find her family.

Detectives say it appears the woman was strangled.

Investigators believe the woman's body could have been dumped in the area.

The area where the woman's body was found is an industrial area of the city.

About 15 minutes away from the scene is the Black Candy Dance Store off Richmond Avenue near Westerland Drive. Eyewitness News spoke with the owner who goes by the nickname "Horseman."

He told us last year he held a big promotion. If a dancer, model, or entertainer got inked with "Black Candy" tattoo they received a free outfit and shoes. Horseman told us around 100 women received the tattoos. He said when he heard the description he feared the woman killed may be a customer.

"When I first heard it, I was like oh my God. It's got to be someone that I know because most of the tattoos that were on the dancers ... I personally know them," said Horseman. "That makes me real angry for someone to take a person's life and treat it like it's nothing. I really want them to find the person who did this."

Anyone with information on the woman's identity or in this case is urged to contact the HPD Homicide Division or Crime Stoppers at 713-222-TIPS.