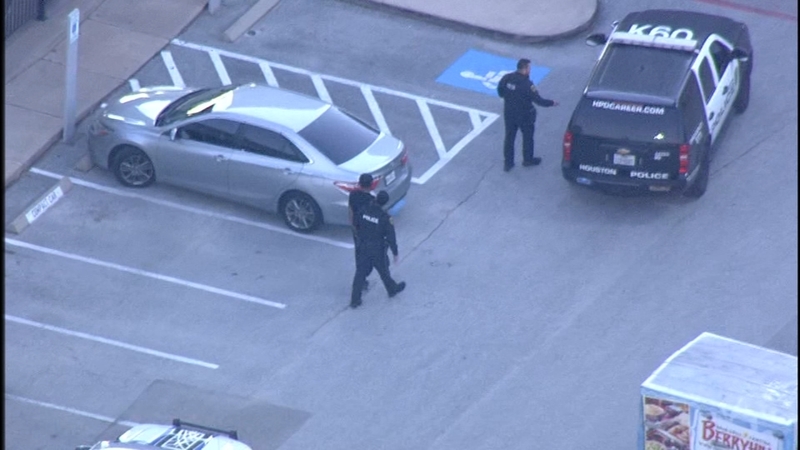 HOUSTON, Texas (KTRK) -- A high-speed chase that started on the northwest side of Houston Monday afternoon came to an abrupt halt when the driver rammed into a retaining wall and at least two cars, and then stopped near the Galleria area.

Three armed suspects jumped out of the car and ran off on foot in the area between Post Oak and the West Loop, just south of San Felipe.

Officers were going after high-speed chase suspects who bailed their vehicle on foot in northwest Houston.

The police action was all started with a cell phone store robbery in the 10000 block of Hammerly just before 5 p.m., according to Houston police Lt. Larry Crowson. Officers spotted the suspects' vehicle leaving the area at a high rate of speed. They tried to pull them over, and ended up in a pursuit down Highway 290.

One of those suspects was found hiding in a Berryhill restaurant bathroom. The third was spotted running through a parking lot of the strip center on Post Oak and Westheimer. He was arrested after officers found him hiding in a DSW shoe store.

All three suspects are in their teens, according to police. Their identities have not been released. There's no immediate word on any charges to be filed.