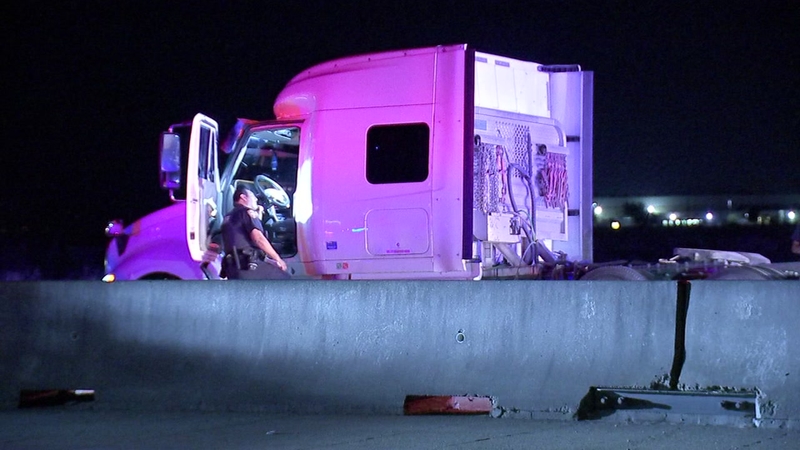 HOUSTON, Texas (KTRK) -- Juan Manuel Rodriguez-Jimenez, 37, faces three charges after deputies say he led officers on a wild chase with his kids inside a big rig.

He finally stopped when his front bumper broke away from his truck.

Records say Jimenez had an open cold container of alcohol in his 18-wheeler tractor.

He also had a 24-ounce Corona inside of the mini-fridge in his truck.

He had two kids with him - his 17-month-old daughter and his 8-year-old son - as well as his wife.

He failed field sobriety tests, and it appears Jimenez's license is expired.

He faces several charges, including aggravated assault after allegedly attempting to run deputies off the road during the chase. He's also charged with DWI with a child passenger.