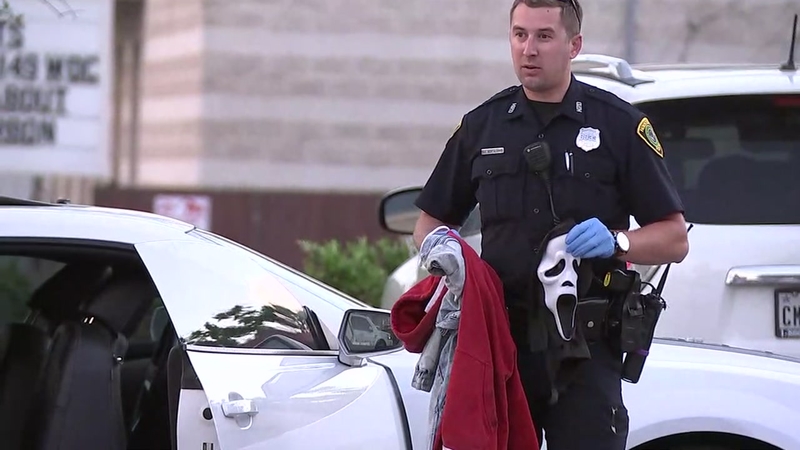 According to investigators, the suspects held up workers at a GameStop store at 2612 S. Shepherd around 5 p.m.

After the suspects fled, officers managed to find them on the 610 North Loop. Police pursued the suspects until their Camaro suddenly stopped.

The three men surrendered to police after a brief standoff on the North Loop at McCarty.

Raw video shows the arrest of the second Game Stop robbery suspect on the East Loop.

Raw video shows the arrest of the Camaro driver who led police in a chase on the East Loop.

Our cameras were there as officers pulled out bags of evidence from their car, including the Ghostface masks made popular in Wes Craven's 'Scream' horror franchise.

We spoke with someone who works next to the store that was robbed, and watched the suspects' high speed getaway.

"I saw the white Camaro speed out, do a U-turn in traffic, almost hit a few cars, and then speed off towards I-10," the woman said. "And then, like five minutes later, a few cop cars are chasing after him."

We do not know who the three suspects are, but are working to learn more about them and the charges they face.

A wild police chase during rush hour ends at McCarty and N. 610 loop. The white camaro towed from the scene. Three men arrested, wanted for aggravated robbery of a Game Stop. pic.twitter.com/tCMGSq1APu