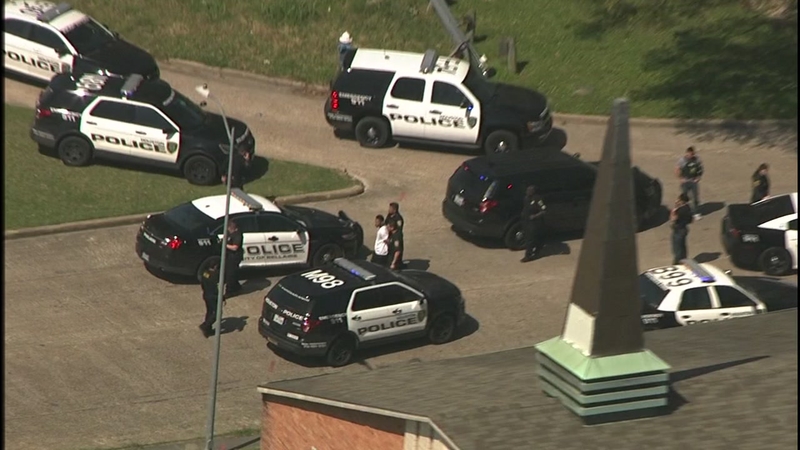 HOUSTON (KTRK) -- A high-speed police chase through Houston came to a dramatic end near the Heights. A citizen helped tackle one suspect as the two bank robbery suspects bailed out of the car and tried to take off on foot on Amasa Street. A second suspect was arrested by police a short distance away.

Fleeing a battered Mercedes at the end of the chase, one of the suspects seemingly attempted to carjack a nearby vehicle. One of the vehicle's passengers refused to let that happen, tackling the suspect in spectacular fashion as officers approached to offer assistance.

"Horrible things could have happened," said 19-year-old Jose Mora, who took down the suspect. "I could have lost my family there."

Police arrested a suspected bank robber after a dramatic, high-speed chase around Houston.

Mora said he worked to keep the suspect from getting to his dad and grandmother, adding that the police gave him credit for his heroic actions.

"They were just saying that I'm a hero and I did a great job, but I'm not a hero," he said.

The chase originated in the Bellaire area and went through portions of downtown Houston, hitting speeds of about 100 miles per hour on several Houston freeways.

Two armed suspects robbed the Amegy Bank in the 5500 block of Bissonnet. Bellaire police initially responded, but Houston police got involved in the pursuit.

A Wells Fargo bag could be seen during the police investigation of the suspect vehicle after the pursuit ended.