Suspect crashes into 2 innocent during police chase near Clear Lake 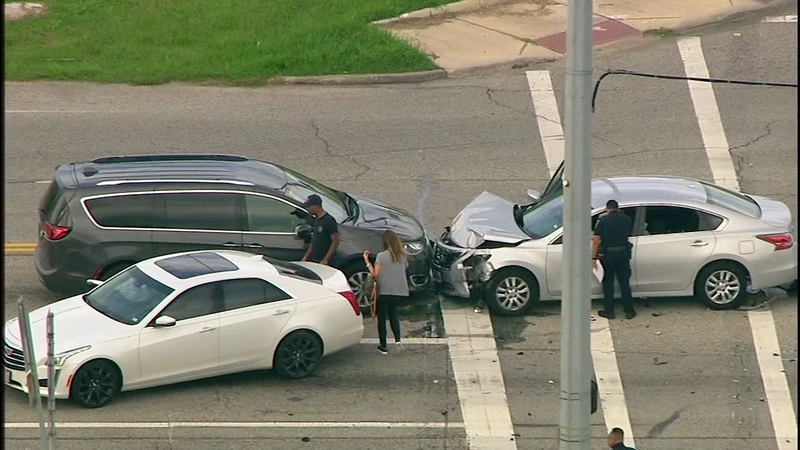 A suspect is in custody after crashing into two innocent drivers at an intersection near Clear Lake.

City of South Houston police were chasing the suspect around 9:30 a.m. Friday.

The chase lasted for about 20 minutes. It ended when the suspect crashed at Highway 3 and Dixie Farm.

SkyEye was over the scene where a silver sedan, a white Cadillac and a black minivan were slammed into each other.

The chase was initiated because authorities say the suspect may have been involved in a carjacking.

No injuries were reported, and police are investigating the scene.

Hearing that the Dixie Farm Rd. suspect carjacked this vehicle. It’s MESSED UP! We also saw an officer recover a gun, so presumably the suspect was armed. 🔫 Supposed to get an official statement from South Houston PD soon. pic.twitter.com/YC9I5kxo61