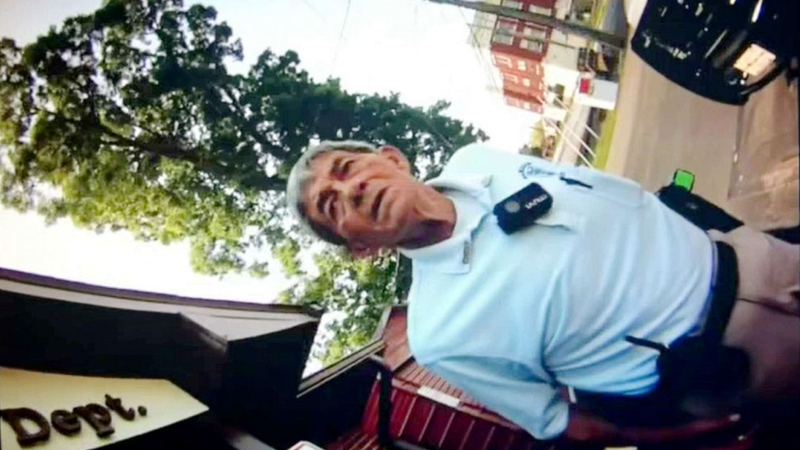 HAMILTON, Ga. -- A police chief and an officer in Hamilton, Georgia, are out from their positions after video surfaced of comments both are seen making at a Black Lives Matter protest, ABC News affiliate WTVM reported.

Hamilton Police Department Chief Gene Allmond is reported to have resigned and Patrolman John Brooks was terminated according to the assistant to the Hamilton mayor, Julie Brown, WTVM reported.

Both officers were wearing bodycams at a BLM protest in Hamilton in June 2020. The video has since been made public.

In the video, a man speaking off-camera and a man on-camera make several comments with racial slurs and explicit language.

A growing chorus of Black political and civic leaders is calling for an investigation of federal, state and local law enforcement agencies' response to Wednesday's mob attack against the U.S. Capitol.

The off-camera speaker presumably makes reference to the June 2020 fatal police shooting of 27-year-old Rayshard Brooks, who was shot after allegedly grabbing a police officer's Taser, following a struggle during a field sobriety test. The incident led to BLM protests, the resignation of Atlanta Police Chief Erika Shields and the firing of Officer Garrett Rolfe.

Brown told WTVM that "the mayor and city council acted quickly to remove the Chief and patrolman after viewing the video for the first time," on Monday.

"It was disgusting," Hamilton Mayor Pro-Tem Ransom Farley told ABC News. "The fact they were on duty ... when we found out they were terminated in an hour-and-a-half time," he said.

"I thank God, we caught it," Farley said. "When you're a police officer and you have that type of frame of mind .... how can you protect and serve?"