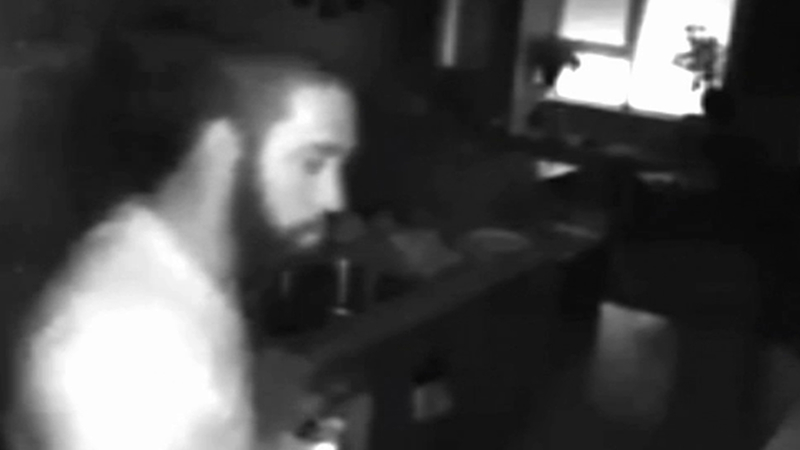 PHILADELPHIA, Pennsylvania -- A burglar was captured on nanny cam emptying a piggy bank belonging to a 4-year-old boy who was asleep upstairs, along with his parents, inside their home.

Police are searching for that suspect and a second one who entered the home.

The surveillance cameras captured the two burglars snooping around inside Jordana Astrologo's home.

"It was really disturbing, it was really scary and it was kind of surreal," said Astrologo.

One of the burglars came into clear view, unaware there was a camera recording him.

The thief took the piggy bank and emptied it of whatever coins the little boy had found and saved.

"That wasn't right. You're really that desperate that you're going to take coins?" said Astrologo.
The boy's mother said the suspect left the piggy bank behind.

"He doesn't know. I'm not going to tell him, so we'll try to replenish it," said Astrologo.

The couple woke up in the morning to find the place had been ransacked and a number of items, including credit cards, had been stolen.

They later determined they apparently had accidentally left the front door unlocked.

Police said that's exactly what thieves looking for a crime of opportunity are hoping for.

Astrologo worries things could have been a lot worse; she said she won't ever let that happen again.