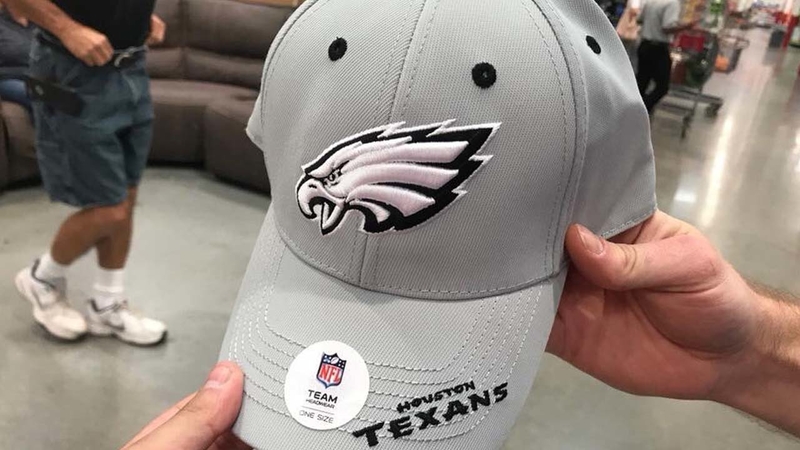 PHILADELPHIA, Pennsylvania -- The Houston Texans and the Philadelphia Eagles found themselves bonding over a mistake that some fans might find comical, while others might be left shaking their heads.

A man named Tyler Weston, who works at a Costco in Concordville, Pennsylvania, came across a new shipment of hats sporting the Eagles logo.

Nothing out of the ordinary, but then Weston discovered some embroidery on the brim. Instead of reading the team name "Philadelphia Eagles," it read "Houston Texans." 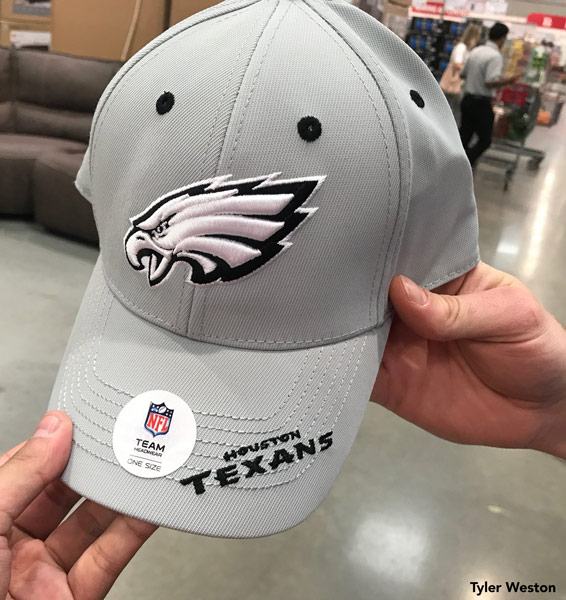 "I started cracking up and said I can't believe they made this mistake," Weston told 6abc Action News.

Weston shared his photo of the hat with his friend, registered nurse and Eagles fan Gina Lewis. She tweeted her grievance out on social media.

The Eagles answered that with an altered hashtag of their own. Instead of the Texans' #WeAreTexans, they tweeted #WeAreEagles.

Though Weston found the hat, he said he passed on purchasing it. But one of his friends couldn't resist adding the unusual headware to his collection.

"I did not buy it, but my coworker who is a Texans fan did and is hoping that the Texans can win the Super Bowl this year so the hat will have the last two Super Bowl champions on it," Weston said.

But that's not the only snafu that has football fans balking.

Dunkin' Donuts customers in Massachusetts, where the company is based, reported receiving cups bearing the Eagles logo and the words 'World Champions,' instead of ones showing the Patriots' emblem.

Dan Minkle of Minkle Boys Catering posted a photo of one of the cups he purchased at a Dunkin' Donuts in the town of Wareham. The photo went viral being shared and reposted by many including radio stations. 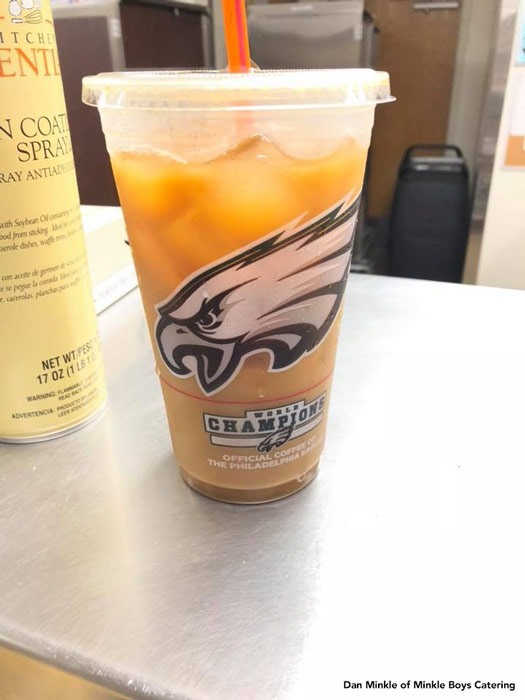 6abc Action News reached out to Dunkin' Donuts on Monday about the reported mix-up. They say, "We appreciate our loyal customers for bringing this to our attention, and we are taking steps to ensure all of our local stores are stocked with the correct cups."

It's not known if Philadelphia area stores were sent any Patriots cups.

Cheers to our champs! #FlyEaglesFly pic.twitter.com/MzgALDpBPu

Ironically, the Texans will open the season against the Patriots in New England on Sunday.

The Eagles kick off the regular season Thursday at home against the Atlanta Falcons.

Report a correction or typo
Related topics:
sportspennsylvaniaphiladelphia eagleshouston texanscostcou.s. & worlddunkin' donuts
Copyright © 2022 WPVI-TV. All Rights Reserved.
HOUSTON TEXANS
NFL draft order for 2022: First-round picks from 1 to 32, including...
We've got our eyes on Texans' next head coach candidates
Houston Sports Awards postponed 'out of abundance of caution'
Will the Houston Texans still trade quarterback Deshaun Watson? It'...
TOP STORIES
Officials say arrest of man in corporal's murder was state-wide effort
Deputies escort body of fallen HCSO Sgt. to funeral home
Biden confirms he will nominate first Black woman to SCOTUS
Armed driver was trying to rob another driver on Katy Fwy, police say
These jobs are hiring, and they pay more than $14 an hour
Cool temps through the weekend with a warm-up next week
K9 stabbing suspect accused of killing father with dumbbell
Show More
No bond granted for suspect in Pct. 5 corporal ambush killing
Attorney of man questioned in dad's death wants him to seek help
HPD officer's bodycam video released in crash that killed 75-year-old
You could get paid to get your COVID vaccine or booster
World remembers Holocaust as antisemitism rises in pandemic
More TOP STORIES News