KTRK
SAN MARCOS, Texas (KTRK) -- It's a rescue the City of San Marcos calls a shot of an unbelievable stroke of luck.

Following the fire that claimed the lives of five people at the Iconic Village apartments, firefighters found an unlikely pet in what was left in one of the buildings.

The surviving pet? A turtle!

The reptile was found in its tank and happened to be unharmed by the flames, said the City of San Marcos.

RELATED: David Ortiz of Pasadena identified as a victim in a deadly apartment fire near Texas State University

After it was found, the turtle was taken to a local vet, where it was declared to be in perfect health.

Since then, the turtle has been reunited with its owner.

Whereas the fire, the cause is still under investigation.

Authorities don't know if smoke detectors inside the building were functioning or the last time they were inspected.
Report a correction or typo
Related topics:
pets & animalstexasturtlesbuilding fireapartment fireanimals
Copyright © 2020 KTRK-TV. All Rights Reserved.
ANIMALS

Electric fences to ward off wild hogs get neighbors in trouble 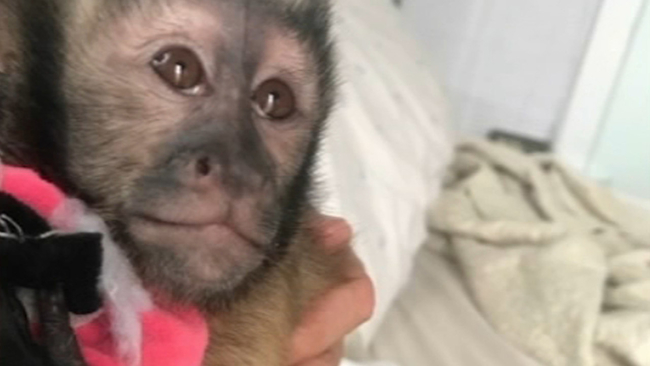 A day in the life of NYC's hospital for wild birds