KTRK
By T.J. Parker
HOUSTON, Texas (KTRK) -- Not once, but twice in less than two weeks, a woman in southeast Houston says her car has become a late-night chew toy for a pack of stray dogs.

"I didn't think a dog could do that," said Alessandra Okaitland as she showed ABC13 the bite marks in one of her cars.

Surveillance video from her home shows the dogs jumping on her car and tearing off a piece of it.

This is the second time a pack of stray dogs have caused damage to cars on Canyon Drive in south Houston.. the financial burden is a lot, but the car owners big concern is what if they come after her kids! Story at 4:30/6 ⁦@abc13houston⁩ pic.twitter.com/HFn4nFvpU9

She took the car to get the damage repaired and got a rental. Then, not even a week later, those same dogs were back to chew away.

"If they pierce metal like that, they could tear off my kid's arm," said Okaitland.

Not only is the thousands of dollars worth of repairs troubling for the mom, Okaitland said there are a lot of children in her neighborhood, and she's worried for their safety.

"I tell my kids, 'Don't go outside. Let me go outside first, because I'm scared that those animals will be here,'" she said.

Okaitland called the city's animal control, but was told they don't patrol at night and only respond to dog bite or death-related cases.

ABC13 reached out to animal control. After the call, they said the case has been escalated. On Wednesday, animal control said they captured two dogs near Okaitland's home. 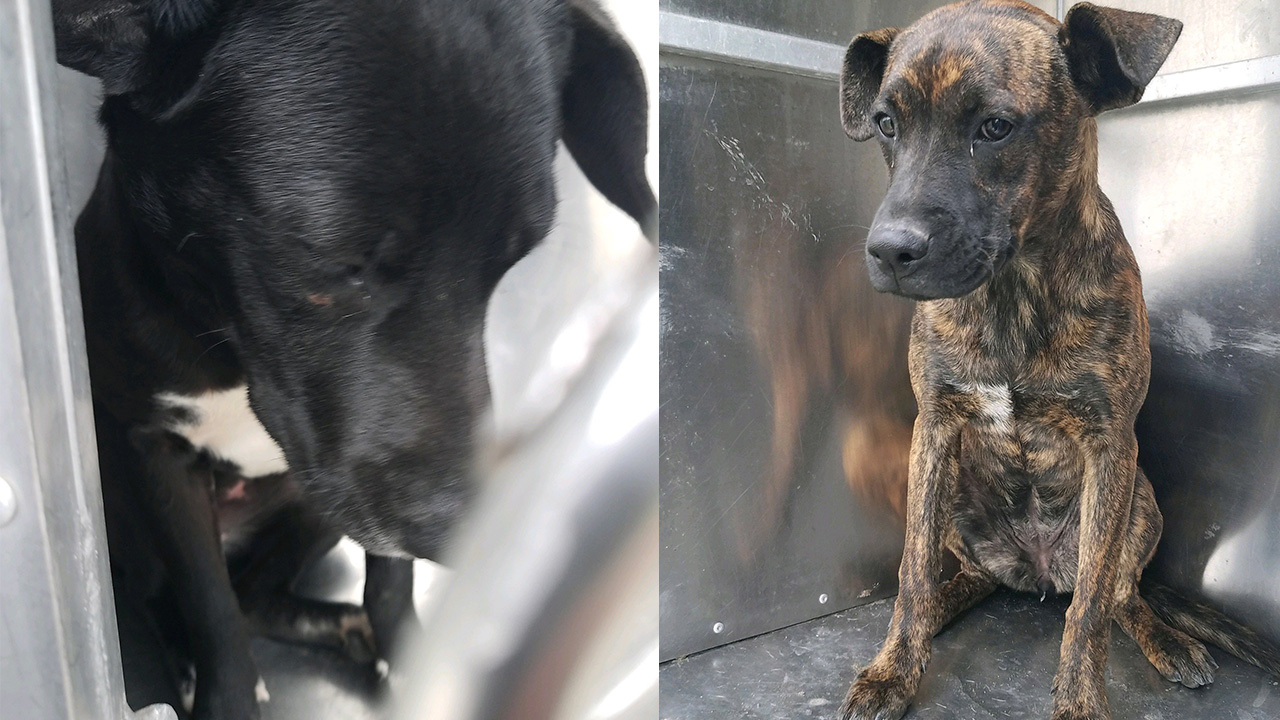 "One of the dogs was positively [identified] as one in the video, according to the complainant," they said.

The city says the two dogs will go through the stray process at BARC. If no one claims the animals within 72 hours, the dogs will be given a behavior and medical assessment. If all goes well, according to the city, the dogs will go to a family that can properly take care of them.