Couple fears for community after Chihuahua killed in coyote attack 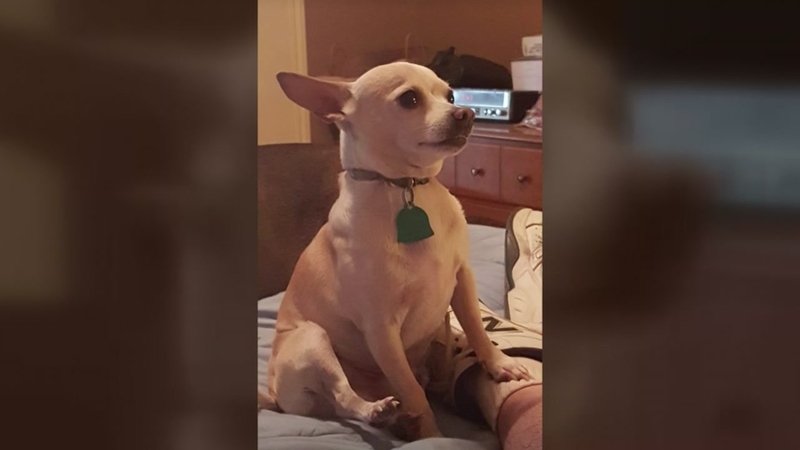 A couple in northwest Harris County is sounding the alarm after their beloved dog was killed by what they say was a pack of coyotes.

"You usually see one every now and then but I've never seen that many at one time and I guess that's our concern," Brian Johnson told Eyewitness News.

Brian and his wife, Lyndia, often take their five dogs for a walk along White Oak Bayou in the Winchester Country neighborhood near Jersey Village. Last week, Brian was riding his bike while the dogs were running off-leash and in an instant, his peaceful ride turned traumatic.

"I saw him grab him and shake him. I just couldn't grab him in time," Brian said of their Chihuahua, Tex.

"I was cooking and next thing I know, Brian came in and he was holding Tex, and seeing all the blood and Tex dead. It just broke my heart," Lyndia added.

Brian says he and his dogs encountered a pack of six or seven coyotes, more than the occasional sighting they've come to expect to live near the bayou for more than 20 years.

Neighbors have posted pictures of coyotes on social media and report an increase in missing pets. The Johnsons worry, that in packs, the coyotes might be more aggressive.

They also fear for small children in the neighborhood.

A spokesman for the Texas Parks and Wildlife Department (TWPD) says the agency does "not implement nuisance coyote control or relocation," as the Johnsons had hoped. Now they are looking for other, humane, solutions.

"I just want to find a way so nobody has to go through the pain we've gone through losing Tex. I want to try to be as proactive as possible to help the situation, not only for this neighborhood but for other neighborhoods who have the same problem."

TPWD advises homeowners to eliminate food and water sources near homes and bring in pets in the evening to minimize coyote encounters.