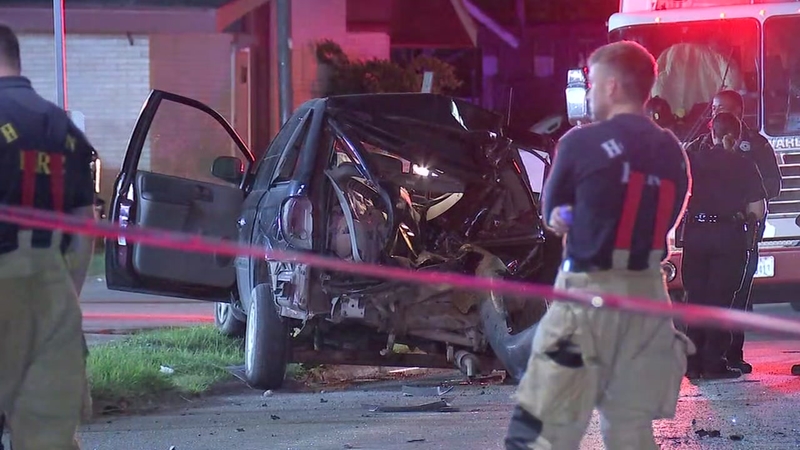 HOUSTON, Texas (KTRK) -- A Houston man is behind bars after police say he caused a deadly six-vehicle crash in northeast Houston.

Authorities say it is unclear if Taylor was under the influence of alcohol or another drug, but investigators believe he may have been on PCP.

The Houston Police Department responded to reports of a major crash on Liberty and Bringhurst Street around 10:30 p.m. Friday.

Police believe Taylor, who was driving a white pickup truck, may have been traveling at a high rate of speed, and possibly ran a red light.

Witnesses say that the white pickup truck smashed into several other vehicles, causing multiple people to be ejected from their cars.