Pope on sex abuse: 'We showed no care for the little ones' 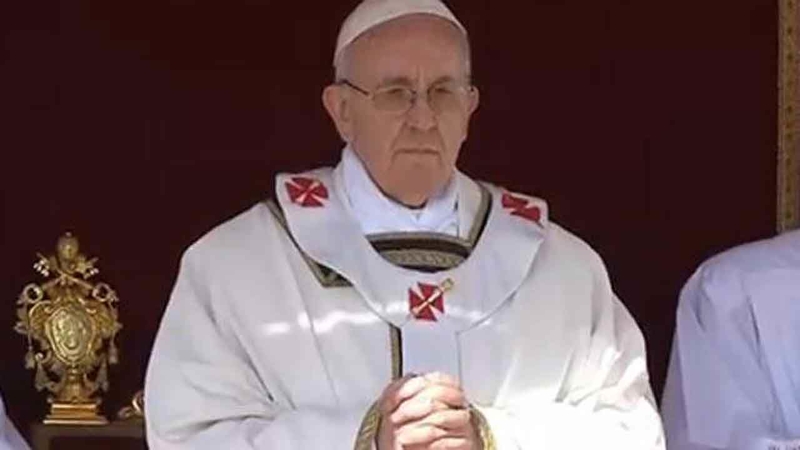 VATICAN CITY -- Pope Francis issued a letter to Catholics around the world Monday condemning the crime of priestly sexual abuse and its cover-up and demanding accountability, in response to new revelations in the United States of decades of misconduct by the Catholic Church.

Francis begged forgiveness for the pain suffered by victims and said lay Catholics must be involved in any effort to root out abuse and cover-up. He blasted the clerical culture that has been blamed for the crisis, with church leaders more concerned for their reputation than the safety of children.

"With shame and repentance, we acknowledge as an ecclesial community that we were not where we should have been, that we did not act in a timely manner, realizing the magnitude and the gravity of the damage done to so many lives," Francis wrote. "We showed no care for the little ones; we abandoned them."

The Vatican issued the three-page letter ahead of Francis' trip this weekend to Ireland, a once staunchly Roman Catholic country where the church's credibility has been devastated by years of revelations that priests raped and molested children with impunity and their superiors covered up for them.

Priestly sex abuse was always expected to dominate the trip, but the issue has taken on new gravity following revelations in the U.S. that one of Francis' trusted cardinals, the retired archbishop of Washington, Theodore McCarrick, allegedly sexually abused and harassed minors as well as adult seminarians.

In addition, a grand jury report in Pennsylvania last week reported that at least 1,000 children were victims of some 300 priests over the past 70 years, and that generations of bishops failed repeatedly to take measures to protect their flock or punish the rapists.

In the letter, which was issued in seven languages, Francis referred to the Pennsylvania report, acknowledged that no effort to beg forgiveness of the victims will be sufficient but vowed "never again."

He said, looking to the future, "no effort must be spared to create a culture able to prevent such situations from happening, but also to prevent the possibility of their being covered up and perpetuated."

Francis didn't, however, provide any indication of what concrete measures he is prepared to take to sanction those bishops - in the U.S. and beyond - who covered up for sexually abusive priests.

Francis several years ago scrapped a proposed Vatican tribunal to prosecute negligent bishops, and he has refused to act on credible reports from around the world of bishops who have failed to report abusers to police or otherwise botched handling cases, and yet remain in office.

Francis also has kept on his nine-member kitchen cabinet a Chilean cardinal long accused of covering up for pedophiles, an Australian cardinal currently on trial for historic sex abuse charges and a Honduran cardinal recently implicated in a gay priest sex scandal involving his trusted deputy.

In Chile, where a church sex abuse scandal exploded earlier this year, Francis strong-armed the country's 31 active bishops to offer their resignations en masse over their handling of abuse. So far he has accepted five of their resignations.

Unlike the U.S. bishops' conference, which has referred only to "sins and omissions" in their handling of abuse in response to the Pennsylvania report, Francis labeled the misconduct "crimes."

"Let us beg forgiveness for our own sins and the sins of others," he wrote in the letter. "An awareness of sin helps us to acknowledge the errors, the crimes and the wounds caused in the past and allows us, in the present, to be more open and committed along a journey of renewed conversion."

It was the second Vatican response in recent days to the Pennsylvania grand jury report, which has sparked a crisis in confidence in the U.S. Catholic leadership and led to calls for ordinary faithful to withhold donations.

Last week, the Vatican spokesman issued a statement calling the abuses described in the report "criminal and morally reprehensible" and said there must be accountability for those who raped children "and those who permitted abuse to occur."

Subsequently, the U.S. Conference of Catholic Bishops said it was planning to ask Francis to authorize a Vatican investigation into the McCarrick scandal, since it was apparently an open secret in some Catholic circles that the cardinal regularly invited seminarians to his New Jersey beach house, and into his bed.

There has been no comment from the Vatican as to whether the pope would approve such an investigation. The question is delicate, given there is evidence that Vatican officials knew as early as 2000 of McCarrick's penchant for seminarians, yet still appointed him as Washington archbishop and a cardinal.

The Vatican has long been loath to investigate its own, especially since many of the Vatican officials in charge in 2000 are still alive, albeit retired.

Any investigation into McCarrick that goes to the top would likely implicate St. John Paul II and his closest advisers. They have already been implicated in the decades-long cover-up of one of the 20th century's most notorious priestly pedophiles, the late founder of the Legion of Christ, the Rev. Marcial Maciel, but have never been held to account.
Report a correction or typo
Related topics:
religionpriest sex abusecatholic churchsex abuseu.s. & world
Copyright © 2021 by The Associated Press. All Rights Reserved.
TOP STORIES
What you need to know about Astros tickets, events before World Series
Can authorities prove if Brian Laundrie killed Gabby Petito?
Rain chances increase this afternoon
Yordan Alvarez returns from double knee surgery to win ALCS MVP
Texas ranks #1 on list of states with risk of being killed by animal
Baldwin was told gun was 'cold' before movie set shooting
NJ teacher tells Muslim student 'we don't negotiate with terrorists'
Show More
Body believed to be missing 5-year-old found in Boston-area woods
Ohio messes up design of new Wright Brothers license plate
Astros head to World Series after ALCS win over Boston
Houston Astros on pace for record beer year
'Bobby Dynamite' helps chug the Astros towards ALCS title
More TOP STORIES News