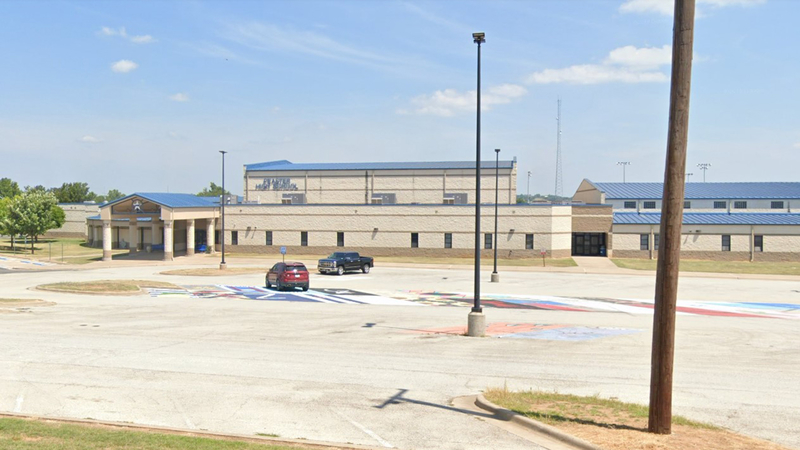 In July, Gov. Greg Abbott issued a statewide order requiring that Texans living in counties with more than 20 active coronavirus cases must wear masks in businesses, buildings open to the public - including schools - and outdoor settings when social distancing isn't possible. Parker County, where Peaster ISD is located, reported 315 active cases as of Thursday.

Peaster ISD reported that a total of two students and three staff members contracted the virus as of Nov. 15, according to TEA data. But the district has not reported new numbers in recent weeks. The district initially did not report cases to the agency as required, but recently reversed course.

At least two Peaster parents filed a formal complaint citing, among other issues, the lack of compliance with safety regulations, but there has been no enforcement of the mask mandate despite Johnson's open defiance. The Texas Education Agency declined to get involved.

The state education agency stated it would not take action because many of the concerns in the complaint "appear to be local in nature," according to a statement from TEA. But in TEA's own public health guidelines for schools, the agency acknowledges schools are required to comply with the governor's executive order regarding the wearing of masks.

"School districts and local health officials are in the best position to make decisions specific to their respective communities," according to a statement from the agency. "Other issues raised in the complaint should be handled by the local board of trustees, should the local board deem action necessary."

TEA has received about 90 mask-related complaints in total this school year, but the agency could not immediately provide a breakdown of the nature of the complaints. There are at least two other open complaints about Peaster ISD that are still under review, according to a TEA spokesperson, though they would not say whether they are related to masks.

TEA declined to answer several questions about enforcement of the mask mandate. A spokesperson for the governor's office confirmed that schools are included under the executive order, but did not respond to questions about Peaster ISD's lack of enforcement. Under the order, first-time violators will be issued a warning, though repeat offenders could be fined up to $250.

At a Thursday press conference, Gov. Greg Abbott said one of the reasons why coronavirus cases and hospitalizations are on the rise again is because local officials are not properly enforcing existing rules and regulations.

The Peaster superintendent, who declined to be interviewed for this article, has downplayed in emails and presentations to parents the seriousness of the coronavirus, which has killed more than 20,000 people in Texas. Against medical advice, he remains steadfast that masks are unnecessary in his schools, which serve about 1,350 students. There is widespread consensus among medical experts that proper mask use reduces transmission of the virus.

"We know that love will always win the battle over fear, common sense and personal responsibility have a much greater effect than any plethora of mechanisms the school district could deploy to increase the safety of our students, and prayer is a common thread that binds a community together and ties us to blessings that can only come from God," Johnson said in a September email to parents.

"Good Morning America's" report on the coronavirus pandemic in the US from Sunday, Nov. 22.

Sean Hughes, emergency management coordinator for Parker County, said he's tried to "encourage" Johnson several times to enforce the mask mandate in his district, but says he has no authority to compel compliance.

"Generally we don't get involved in school district issues because we've always been told that school districts are governed by the school board and TEA," Hughes said.

Peaster parents Kjersti and Frank Powers filed their complaint after meeting with Johnson in July to decide if they felt comfortable enough with the schools safety precautions to send their 3- and 5-year-old kids to school in person.

"This meeting with him was something that I just honestly would have never ever expected with someone in a position of school leadership," Kjersti Powers said. "It was mind-boggling to say the least."

The couple requested Johnson wear a mask for the meeting in his office, but they said he refused to put on a face covering, insisting that he didn't have the virus and was immune since he contracted it in March. Uncomfortable, the couple moved the meeting outside in the 100-degree summer heat.

After the meeting, the Powers asked that TEA investigate Johnson's refusal to adhere to the governor's order, in addition to inappropriate comments they allege he made in the meeting.

Kjersti Powers also filed a complaint with Mike Bowling, president of the district's board of trustees, but he refused to hear it. Bowling has repeatedly made anti-mask posts on Facebook.

Bowling did not respond to repeated requests for comment.

The conflict raises more questions about what roles local and state leaders play in containing COVID-19 across the state. Since the spring, Abbott has often released conflicting mandates, sometimes chastising local officials for overstepping their bounds and other times chiding them for not acting sooner. This summer, Abbott and Attorney General Ken Paxton fought with local health officials over their role in mandating schools close classrooms when community spread is too high. Ultimately, state leaders said local health officials could not require classrooms to close unless cases were already spreading.

"I do not believe that children should attend a school in America where they are forced to wear masks, sit in straight rows six feet apart, can't go to the playground, can't go to the cafeteria, can't play sports, and can only have nine other classmates with them all day long," Johnson said in a May email to parents.

In an email to The Texas Tribune, Johnson refused to answer questions about the mask mandate.

"Our community stands in solidarity, supports our school, lifts up our children, practices personal responsibility, uses common sense, lives by faith, and we will continue to do so," Johnson said.

SEE ALSO: No one is getting tickets for violating mask mandate in Houston
EMBED More News Videos

If you're in the city of Houston and not able to maintain social distance, you're supposed to wear a mask or you could get in trouble. But is anyone checking?

Clay Robison, spokesperson for the Texas State Teachers Association, said that as an appointee of the governor, TEA Commissioner Mike Morath should enforce the governor's mask mandate.

"This was the ultimate example of why that enforcement mechanism needs to be in place," Williams said.