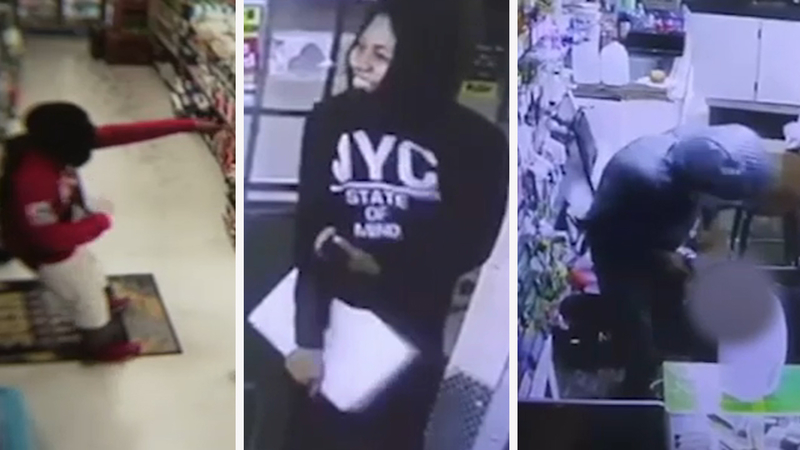 Investigators tell ABC13 the group consists of two men and a woman.

Police say they are armed and their crimes appear to be escalating.

The first crime happened Tuesday night at Ark Food Store in the 2000 block of Shaver.

The owner says his daughter was working behind the counter when the masked suspects came in, one man held a gun to his daughter's head and grabbed her by the hair to force her to the ground.

The suspects stole a laptop, cash and items from the store.

Pasadena officials say a male suspect hit a store employee in the face with a gun, forcing him to the ground.

The group got away with cash and a customer's cell phone.

Investigators say they need the public's help to identify the suspects.

If you know anything about these crimes, call Pasadena Police or Crime Stoppers.