$75,000 bond set for man accused in case of attempted kidnappings in Pasadena and Deer Park 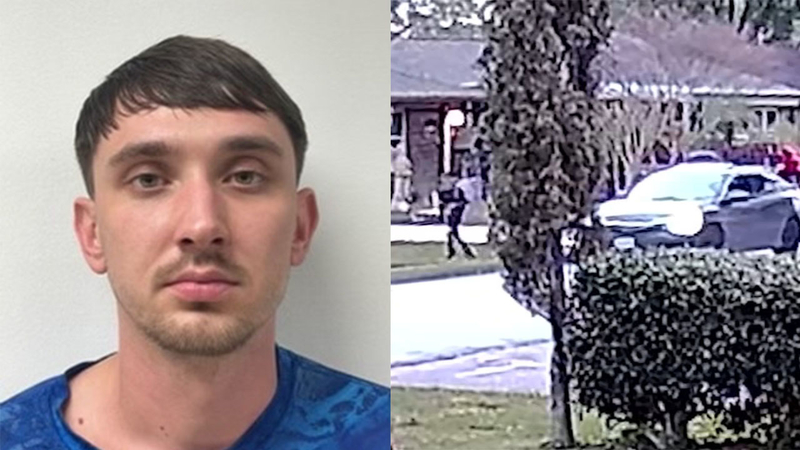 Bond set at $75,000 for man accused in attempted kidnappings

PASADENA, Texas (KTRK) -- The man accused of trying to kidnap three girls, two in the Pasadena area and one in Deer Park, had his bond set at $75,000.

Police said they had been searching for Brefczynski since last week, after the incidents in the Pasadena and Deer Park area.

If Brefczynski posts bond, he will be under house arrest and cannot have any contact with children.

Anna Vega and her 11-year-old daughter said they were relieved and thankful that he is off the streets.

"Right after, I was like, 'Man, I just want (police) to find them, because I don't want to hear a story about a young girl getting abducted, or killed, even or something worse happening," Vega said when asked if she'd considered what could've happened that morning.

"There was something very specific about his haircut, his eyes. It's him," she said.

Vega now drives her daughter to school. Despite the suspect's arrest, her daughter said it'll take her some time to feel safe again.

"It'll take me some time, I think, to again feel 100% safe. Even 75% safe. At this point, even now, I'm a little paranoid when I walk to stores or anywhere. I don't know. It's just made me a lot more observant," her 11-year-old daughter said.

Police said Chase Brefczynski was arrested on his 25th birthday. He's charged with one count of aggravated attempted kidnapping.

One of the cases involved a 15-year-old girl, records show. In this case, Brefczynski asked the girl for directions to the Jimmy Burke Activity Center in Deer Park, records state. Brefczynski gave the victim his phone and as she typed the address, he pulled out a gun and told her to go with him or he'd hurt her, according to records.

Rather than getting inside the car, the teen ran away, records state.

In the Deer Park case, police said the 11-year-old was in the 2700 block of Hillshire Drive and walking to school when she said a grey sedan approached her. Police said the suspect driving continued to follow her and tried talking to her several times.

Police said Brefczynski asked the 11-year-old for directions to the same center.

A video released by police showed the moment the suspect kept following the young girl. At one point, the girl stopped and so did the car and the young girl was then seen walking toward a house. At that point, the car goes in reverse.