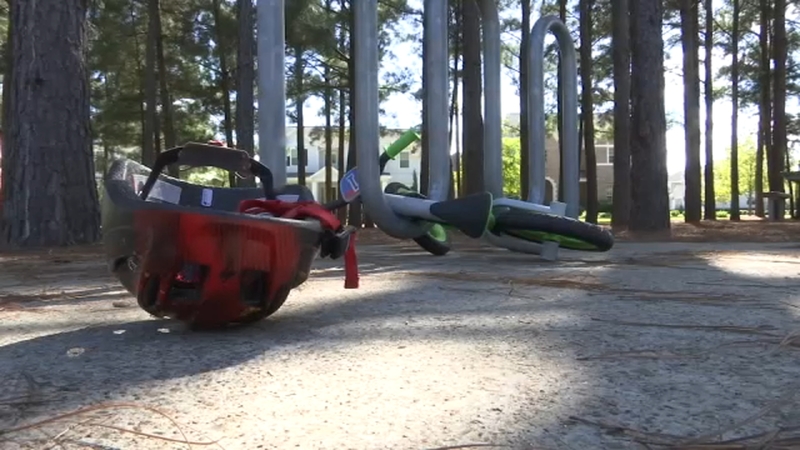 THE WOODLANDS, Texas (KTRK) -- Some parents in Creekside Park Village are frustrated by, what they say, is a lot of red tape in their effort to try to lower the speed limit in their neighborhood streets.

"People like going from one end to the other to get where they're going, and they can go pretty fast," said Jeanette Rogers, a parent who lives in the neighborhood.

The current posted speed limit is 30 mph, which some feel is still too fast. They claim some drivers go even faster in streets where many children are playing and walking home from school.

"I would say at least 40 to 45 miles an hour, and that's with kids playing outside," said Mark Segaloff, another concerned parent.

Segaloff, who is a father of two, said he brought up the issues with the office of Harris County Precinct 4 Commissioner Jack Cagle, asking that the speed limit be decreased to 25 miles per hour.

"Precinct 4 wants a petition to be signed by 51 percent of the residents in the subdivision," Segaloff said.

The subdivision is comprised of several thousand homes, which Segaloff said is a tremendous effort and argues the issue of safety should override the need for a petition.

A spokesperson for the commissioner's office told ABC13 the petition is needed, because it will guarantee every voice in that area is heard, especially if someone is opposed to the changes.

From there, the office said if there is a majority, a traffic study will happen, then recommendations, which must be passed by the commissioners court

The office added that state law mandates the streets in question must be 30 miles per hour.

"This is a public safety issue of lowering the speed limit to allow our kids to play safely outside and it's an administratively burdensome task to do so," Segaloff said.