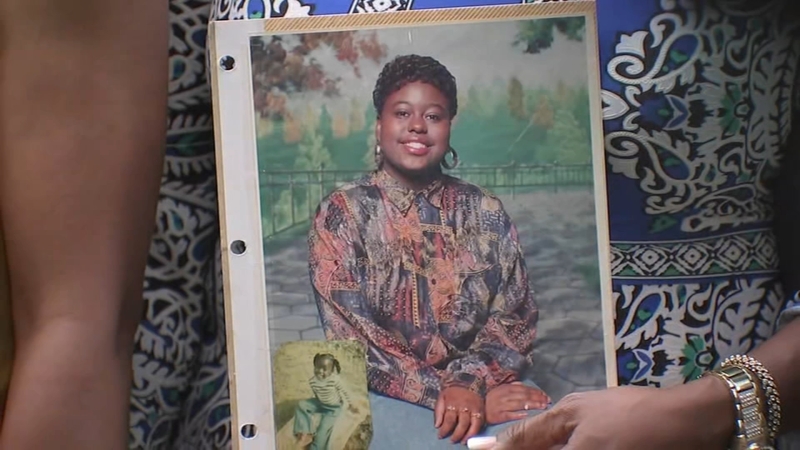 BAYTOWN, Texas (KTRK) -- The attorney for the Baytown officer who shot a woman to death after she used his Taser on him, according to police, maintains the shooting was justified.

On Thursday, Baytown police identified the officer who shot Pamela Turner as Juan Delacruz, an 11-year veteran with the department. Delacruz is on paid administrative leave.

His attorney, Greg Cagle, told ABC13 Eyewitness News, "If you disarm a police officer, you're going to get shot."

In an emotional news conference Thursday morning, Turner's family stood with pictures of the 44-year-old in better times.

Turner was shot to death by Delacruz Monday night at the apartment complex on Garth Road where she lived. Her shooting and what led up to it was caught on cell phone video.

Police say the officer tried to arrest Turner for outstanding warrants for assault and criminal mischief. It escalated. She managed to get his Taser, they say, and shocked him. In return he used deadly force.

"There was nothing justifiable to what he did to my sister," Turner's sister Tracy Frazier said. "Nothing at all."

Turner's family says she was diagnosed with schizophrenia 14 years ago. They say the police knew she was mentally ill and should have dealt with her differently from the beginning.

Harris County court records show as part of her most recent criminal case, a mental health assessment was requested.

Baytown police have turned over the investigation to the Texas Rangers, in the interest of "transparency." Turner's family is conducting a private autopsy for their own investigation.

"Conspiracies are built off of unanswered questions," said Tony Leal, a retired chief of the Texas Rangers, now the president of PPI Security.

Crump announced that the family will be hosting two funerals for Taylor. The first one will be held at Lilly Grove Baptist Church on May 23.

The second funeral will be held in the family's original home in Mississippi.