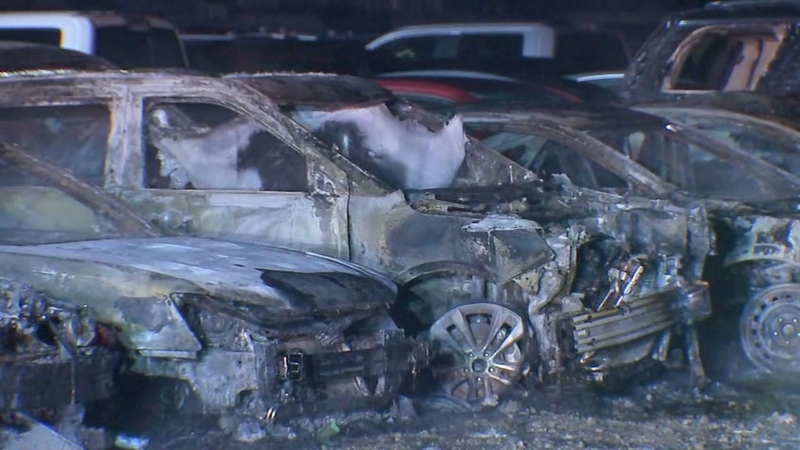 HOUSTON, Texas (KTRK) -- The Harris County Fire Marshal's Office was called to the Cash For Cars on Rankin Road at 5:30 a.m. Saturday, where more than 20 cars were engulfed in flames.

Overnight, HCFMO investigators responded to Cash For Cars in the 1650 block of Rankin Rd. 27 cars were damaged in the fire. The cause of the fire is accidental, unspecified electrical anomaly in the vehicle of where the fire originated. #hounews pic.twitter.com/6IZrDd5jKo

Authorities say an accidental, unspecified electrical anomaly in a vehicle caused a fire that spread through the lot.

Authorities say there were no injuries and the business was not under operation at the time of the fire.
Report a correction or typo
Related topics:
houstonfirecar firefirefighters
Copyright © 2021 KTRK-TV. All Rights Reserved.
More Videos
From CNN Newsource affiliates
TOP STORIES