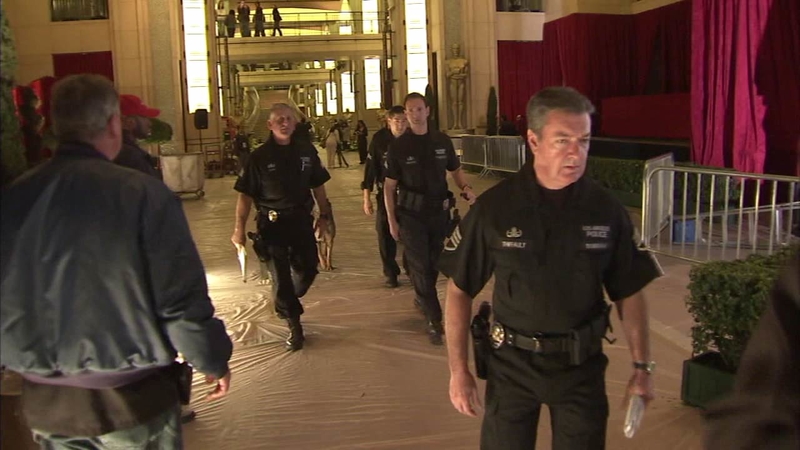 HOLLYWOOD, LOS ANGELES -- Security at Sunday's Oscar ceremony will be even tighter than usual both inside and out, with a big outdoor protest by Rev. Al Sharpton expected in addition to an appearance by Vice President Joe Biden on the awards show stage.

Biden is expected to address the issue of campus sexual assault and introduce a performance by Lady Gaga of a song that tackles that topic in a documentary film.

Outside the ceremony, Rev. Al Sharpton is expected to lead a protest on the lack of diversity in this year's Oscar nominees.

For the Los Angeles Police Department, that means more complicated security measures with hundreds of officers in the area, some in uniform and some not so obvious.

"There will be a lot of security measures you won't be able to see, that you won't be aware of," said LAPD Capt. Andy Neiman. "That's by design."

In addition, Neiman said, the public's help is needed with security.