WATCH: Orion takes off, orbits, lands as part of Journey to Mars 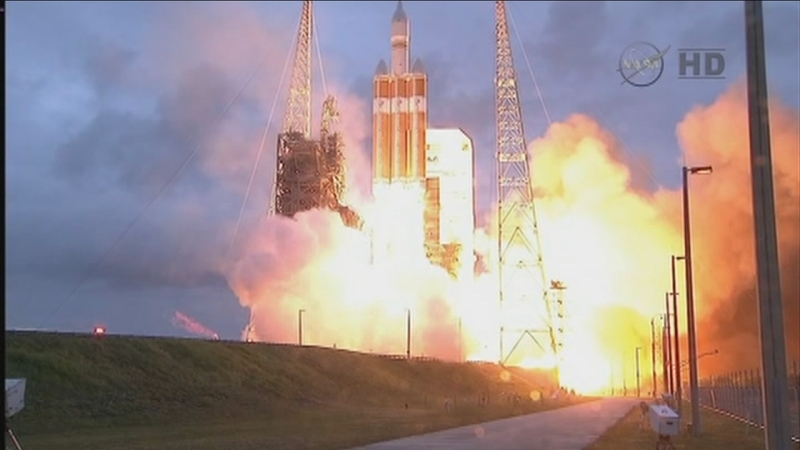 Orion took off, orbited Earth twice and came to a landing in the Pacific Ocean all before 10:30 EST Friday morning. (In the raw video below, the landing happens just before 16:00) 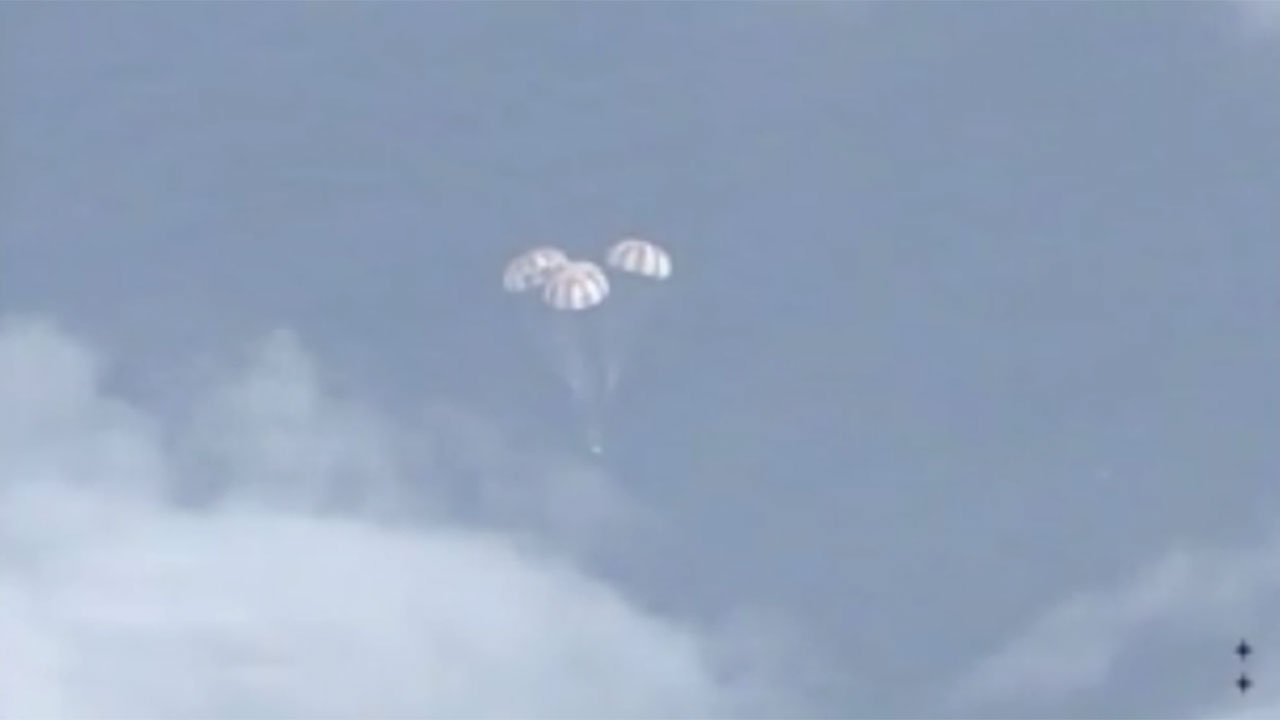 120514-nasa-orion-landing-vid
RAW VIDEO: Orion landing
Tap to watch landing if you're viewing in the news app.

The unmanned orbital journey began with a sunrise liftoff witnessed by thousands of NASA guests. Parts of the spacecraft peeled away exactly as planned, falling back toward Earth as onboard cameras provided stunning views of our blue, cloud-covered planet.

"The star of the day is Orion," said NASA Administrator Charles Bolden Jr., back for the second morning in a row. He called it "Day One of the Mars era."

Orion's debut will be brief - just 4 hours from launch to splashdown, with two orbits of Earth. But for the first time in 42 years, NASA is sending a spacecraft built for humans farther than a couple hundred miles from Earth. The previous time was the Apollo 17 moon shot.


Tap to watch NASA's short, "Orion Journey To Mars" if you're viewing on the news app.

And it's NASA's first new vehicle for space travel since the shuttle.

"Very exciting," NASA's Orion program manager, Mark Geyer, pleased by the successful jettison tests during the flight's early minutes. "We still have a bunch to go."

Sluggish rocket valves and wind halted Thursday's launch attempt. Everything went NASA's way Friday as the Delta IV rocket carried Orion over the Atlantic on a route over South Africa as it zoomed into orbit.

NASA was aiming for a peak altitude of 3,600 miles on Orion's second lap around the planet, in order to give the capsule the necessary momentum for a scorchingly high-speed re-entry over the Pacific. Engineers want to see how the heat shield - the largest of its kind ever built - holds up when Orion comes back through the atmosphere traveling 20,000 mph and enduring 4,000 degrees.

The atmosphere at Kennedy Space Center was reminiscent of the shuttle-flying days. After more than three years since the last shuttle flight, NASA reveled in all the attention.

Roads appeared to be less jammed before dawn for try two, and NASA was uncertain how many of the estimated 27,000 invited guests returned. Nonetheless, the press site remained jammed, the hotels packed and the excitement level high. "It's a big day for the world, for people who know and like space," Bolden said, observing the crowds.

In Houston, NASA's Mission Control took over the entire operation once Orion was aloft. The flight program was loaded into Orion's computers well in advance, allowing the spacecraft to fly essentially on autopilot. Flight controllers - all shuttle veterans - could intervene in the event of an emergency breakdown. 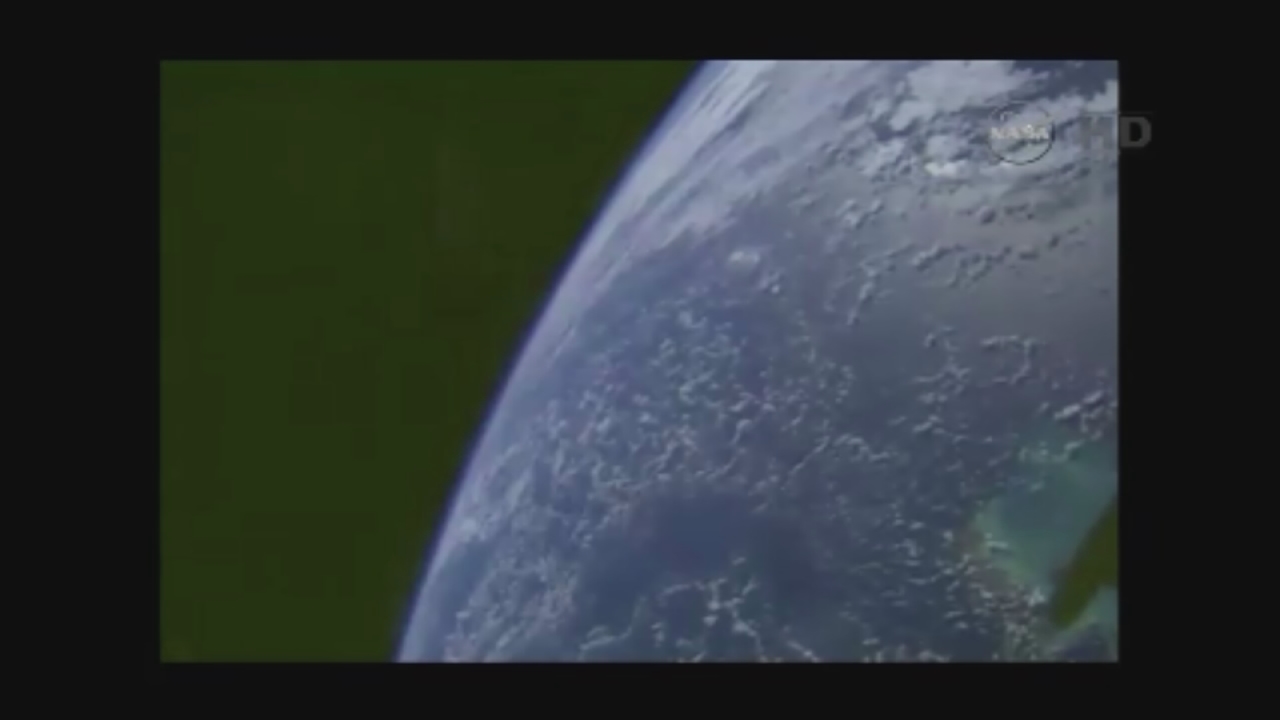 And in the Pacific off the Mexican Baja coast, Navy ships waited for Orion's return.

The spacecraft is rigged with 1,200 sensors to gauge everything from heat to vibration to radiation. At 11 feet tall with a 16.5-foot base, Orion is bigger than the old-time Apollo capsules and, obviously, more advanced.

Managers want to test the riskiest parts of the spacecraft - the heat shield, parachutes, various jettisoning components - before committing to a crew. In addition, on-board computers were going to endure the high-radiation Van Allen belts; engineers wondered whether they might falter.

Lockheed Martin Corp. already has begun work on a second Orion, and plans to eventually build a fleet of the capsules. The earliest that astronauts might fly on an Orion is 2021. An asteroid redirected to lunar orbit is intended for the first stop in the 2020s, followed by Mars in the 2030s.

The company handled the $370 million test flight for NASA from the Cape Canaveral Air Force Station, opting for the Delta IV rocket this time given its heft. It's the most powerful unmanned rocket in the U.S. right now. The entire rocket and capsule, topped by a launch abort tower, stretched 242 feet and weighed 1.6 million pounds - an "incredible monster," according to Bolden.

To push Orion farther out on future flights, NASA is developing a megarocket known as Space Launch System or SLS. The first Orion-SLS combo will fly around 2018, again without a crew to shake out the rocket.

NASA's last trip beyond low-Earth orbit in a vessel built for people was the three-man Apollo 17 in December 1972. Orion will be capable of carrying four astronauts on long hauls and as many as six on three-week hikes.

Dozens of astronauts, present and past, gathered at Kennedy for the historic send-off. One of them - Bolden - now leads NASA.

He called Mars "the ultimate destination of this generation," but said his three young granddaughters think otherwise, telling him, "Don't get hung up on Mars because there are other places to go once we get there."