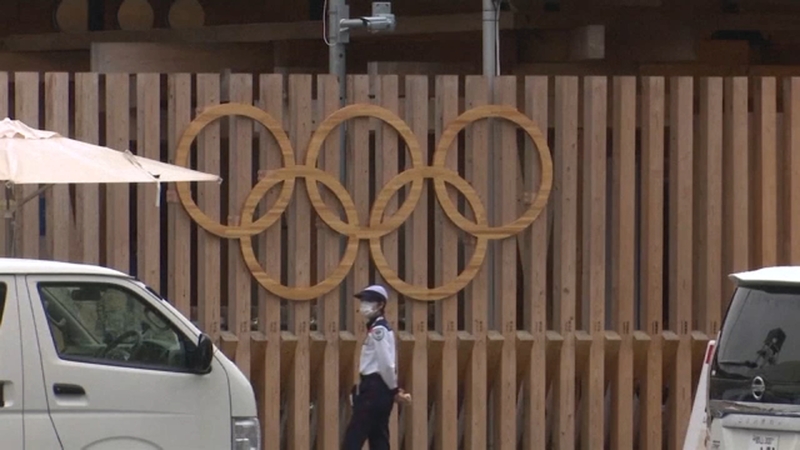 TOKYO -- An unidentified overseas visitor has tested positive for Covid-19 at the Tokyo Olympics athletes' village, organizers said on Saturday -- the first such case amid concerns the Games could become a super-spreader event.

Speaking at a news conference, Tokyo 2020 CEO Toshiro Muto confirmed a non-resident of Japan who is involved in organizing the Games had tested positive, adding that the individual has been taken into quarantine outside of the village. He would not reveal the person's nationality, citing privacy concerns.

There have now been a total of 45 Covid-19 cases linked to the Games, with athletes, officials and contractors testing positive for the virus. Athletes are just starting to arrive for the Games, which run July 23 through August 8.

The embattled Games have been marred by controversy, with Japan struggling to rein in its Covid outbreak ahead of the opening ceremony on Friday and as critics continue to question whether it is safe for them to go ahead.

Organizers already decided in March to ban overseas fans from the stands, but this month the Japanese Olympic Committee said Tokyo venues will not have spectators due to the city's coronavirus state of emergency -- an unprecedented move, according to an International Olympic Committee (IOC) spokesman.

Some athletes have pulled out of the games altogether, including Australian tennis star Nick Kyrgios and Australian basketball player Liz Cambage. Thousands of Tokyo Olympic volunteers have also quit.

Japan's public has been lukewarm about the Games amid a resurgence in new infections and worries that an influx of foreign visitors may help turn the Olympics into a super-spreader event, which in turn could put further strain on Japan's already stretched medical system.

More than 11,000 athletes from 205 national Olympic committees are scheduled to compete in the Games. Around 85% will have been vaccinated against Covid-19, according to the IOC.

Japan has lagged behind Western countries in rolling out its vaccination drive. Only 20% of its population are fully vaccinated, compared to 48% in the United States and more than 52% in the UK, according to CNN's global vaccine tracker.
Report a correction or typo
Related topics:
health & fitnesscoronavirus testingolympicscoronaviruscoronavirus testcovid 19
TOP STORIES
Astros head to World Series after ALCS win over Boston
'Bobby Dynamite' helps chug the Astros towards ALCS title
Houston Astros on pace for record beer year
Don't get stuck in these traffic closures this weekend
Arrest made in case of Alvin abduction, sexual assault of a minor
"Rally Nuns" return to Minute Maid Park to assist the Astros
20-year-old shot to death during break-in of Conroe home, police say
Show More
Rain chances increase this afternoon
Man accused of dismembering mom's body after murder appears in court
Dickinson family begs for answers 15 years after teen murder
Cleveland man indicted in connection with U.S. Capitol attack
The University of St. Thomas offers low-cost counseling services
More TOP STORIES News