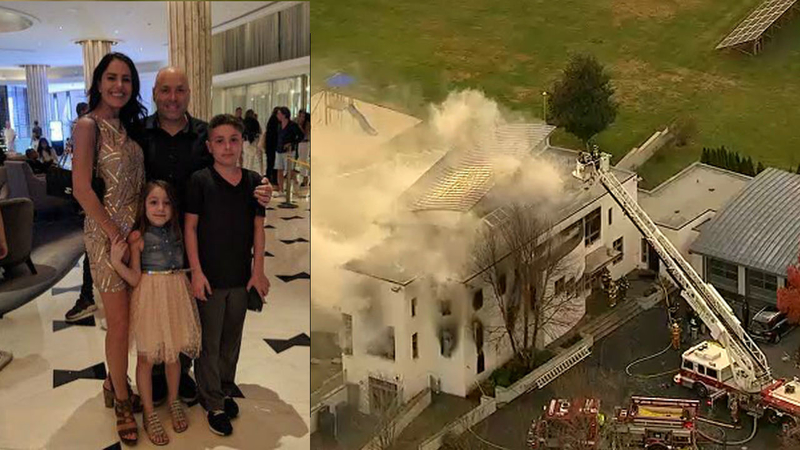 Gramiccioni confirmed 50-year-old Keith Caneiro and his wife, 45-year-old Jennifer Caneiro, were killed in the fire at 15 Willow Brook Road on Tuesday. Their two children were also believed killed, but their identities had not yet been confirmed by the medical examiner.
EMBED More News Videos

Three of the four victims were severely burned, he said.

"Each of these individuals were victims of homicidal violence at some point before the fire was set," Gramiccioni said. "I can confirm that Keith Caneiro, whose remains were found in front of the home, was shot, but I can't go any further than that at this point."

While forensics and autopsies are still ongoing, officials now believe the wife and children were stabbed, an official briefed on the case tells ABC News. That is a preliminary assessment, given the conditions of the bodies.

Gramiccioni declined to specify precisely what type of "violence" had been committed against these three victims.

Paul Caneiro, the brother of the man who owned the mansion, is now in custody at the Monmouth County jail, charged with setting his own home in Ocean Township on fire.

The criminal complaint says Paul Caneiro's wife and two daughters were inside their home at the time.

Caneiro, 51, was arrested on a charge of aggravated arson in connection with that fire early Tuesday morning. His first court appearance is set for Wednesday, November 28.

Attorney Robert Honecker confirmed to ABC News that he is representing Paul Caneiro.

Acknowledging that there is a public perception that Caneiro might be connected to the homicides of his brother and his brother's family, Honecker said Caneiro will "assert his innocence for this charge as well any other potential charges."

Prosecutors have not named Caneiro a suspect or person of interest in the quadruple homicide.

Authorities believe that the two fires are connected but have not explained how.

Video from NewsCopter 7 showed firefighters battling the blaze as smoke poured from the roof of the two-story home, which is surrounded by fields and includes a large swimming pool.

Prosecutors believe the Caneiro family was targeted, adding there is no gunman out there and there's no threat to the public at large.

According to Zillow, the 5,784-square-foot single family home was built in 2003. Public records show the home is owned by the Caneiros.

Keith Caneiro's LinkedIn profile describes him as the CEO and chief technology officer for a company in the New York City area called Square One. His profile says he graduated from Columbia University with a Master of Science degree in 2018 and previously received certifications from Harvard Business School's online platform. 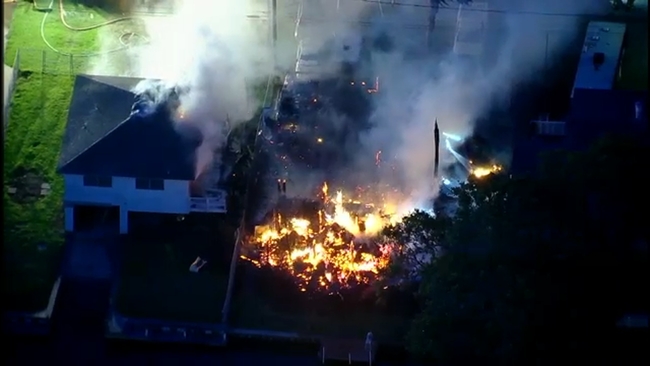 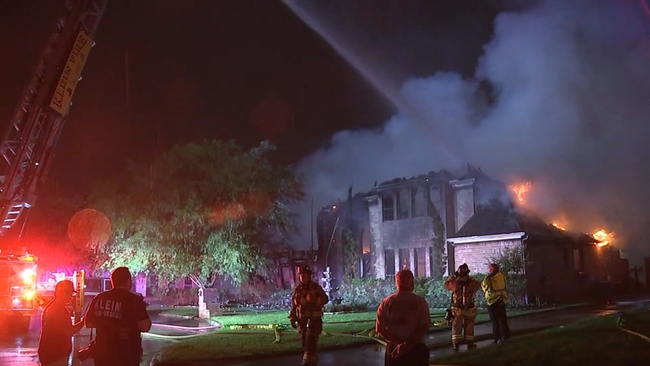 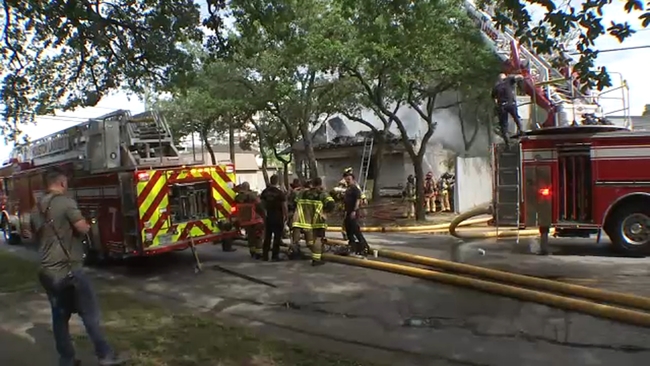 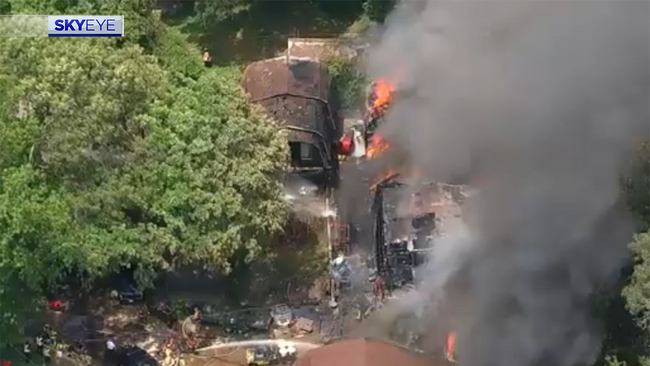