Man robbed at gunpoint after listing Xbox on "OfferUp" app 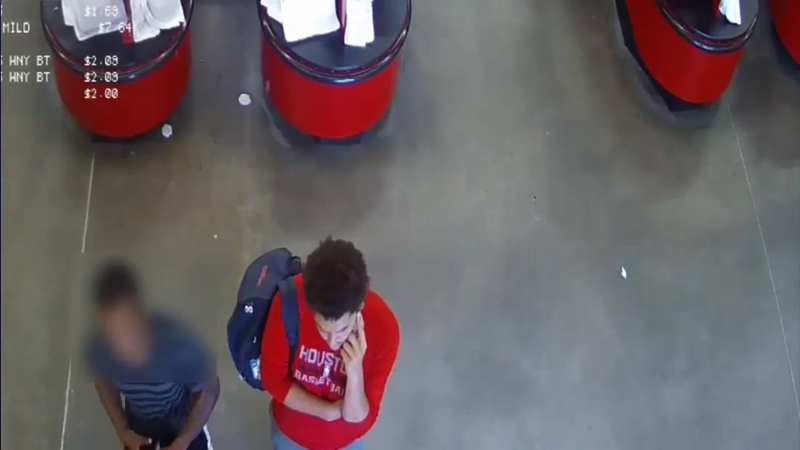 HOUSTON, Texas (KTRK) -- Police are looking for the suspect accused of robbing a man at gunpoint for his Xbox. The two met through an app called "OfferUp," where the victim was selling the video game console.

Surveillance video shows the suspect, wearing a red Houston Rockets shirt and grey pants, meeting the victim on August 2 at 1:40 p.m. at Pyburns Farm Fresh Foods on 7125 Scott on the south side of town.

Authorities say the suspect wanted to go to the victim's home to make sure the Xbox was working. They drove to the Zolie Manor Apartments on 4001 Corder. As the suspect walked behind the victim inside the apartment complex, he allegedly pulled out a gun and said he was going to need the victim's bag, which had the Xbox inside.

Once the suspect had the backpack, he ran off.

Crime Stoppers is asking anyone with information that could lead to identifying the suspect to call 713-222-TIPS.