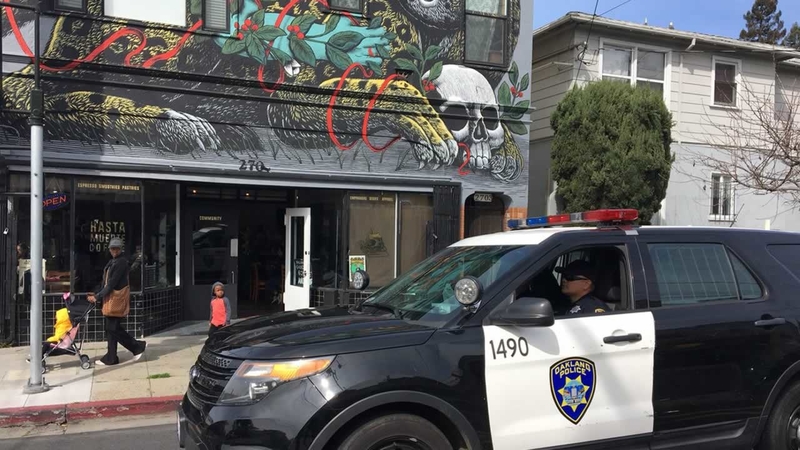 OAKLAND, Calif. -- If you have sworn an oath to protect and serve, then you better go elsewhere for your cup of coffee. That's the message to uniformed police officers from an Oakland coffee shop that's getting backlash over its controversial stance.

"Hasta Muerte" Coffee opened its doors in the Fruitvale neighborhood last November but as of late, has been getting attention for who isn't welcomed.

"They have the right to refuse service or serve anybody in their community," said proud customer Michael Muscadian.

What the coffee shop stands for can be interpreted as anti-police.

"Hasta Muerte" - Spanish for "until death" - posted a message on its Instagram page that translates to "talk with your neighbors, not the police." Oakland PD's logo is also crossed off.

This is the “Hasta Muerte” Coffee shop in Oakland that is refusing to serve uniformed police officers over issues of police brutality. Do you agree with their policy? #abc7now @abc7newsbayarea @oaklandpoliceca pic.twitter.com/4BOmy52j3t

This was posted right after an Oakland police sergeant went in and was refused service in mid-February.

The news isn't sitting well with other business owners in the neighborhood. "For them, to refuse service to a police officer from our community is totally outrageous," said Jose 'Cheo' Ortiz, owner of nearby La Perla restaurant. "He's a great officer, a great man and he's all about community. For him to come and introduce himself to a new business and receive that treatment is not acceptable."

ABC7 tried getting a comment from "Hasta Muerte" but was turned away.

Kashif Assad is a friend of the owners and even helped launch their grand opening. He said their refusal to serve officers is more about taking a stance against police brutality.

"All they do is harm and threaten people and harass people," said Asaad.

Soon after the incident, the Oakland Police Officers Association sent the coffee shop a letter, expressing a desire to talk. The sentiment shared by Oakland councilman Noel Gallo.

"I know we may have some personal situations but I can tell you that the police officers, the majority are good individuals," said Gallo.