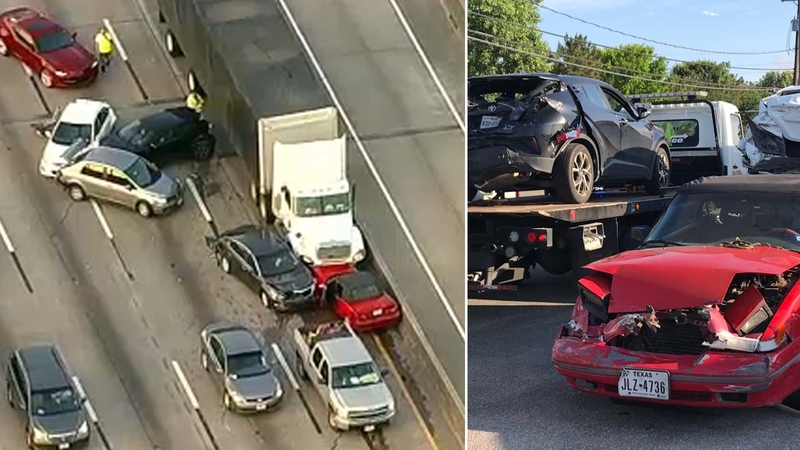 HOUSTON, Texas (KTRK) -- Eleven vehicles were involved in a wreck with an 18-wheeler Monday morning on I-45 northbound at Mt. Houston Road.

According to other drivers involved, there was an earlier two-car crash, and that's why people on the road were stopping.

The 18-wheeler driver told ABC13 he did not fall asleep. He says he just couldn't stop fast enough when someone cut him off.

Herman confirmed a Precinct 4 deputy in his personal vehicle was involved in the crash.
Two children and an adult in a white Hyundai Accent were taken to the hospital with minor injuries.

At one point, all lanes were shut down but have since reopened.

CLOSER LOOK: here are the cars damaged in the I-45 pileup. All towed off freeway so police can get statements from drivers. #abc13 https://t.co/ZiBdyajHCC pic.twitter.com/likdtOgsmH

UPDATE: this was an *11 vehicle pileup*—not 9. 2 children, 1 adult in this white car went to the hospital w minor injuries. Amazing no one was killed. #abc13 https://t.co/ZiBdyajHCC pic.twitter.com/mVdFIi5e07