$7,200 worth of Jordan Retro 11 shoes stolen from Niketown in Manhattan 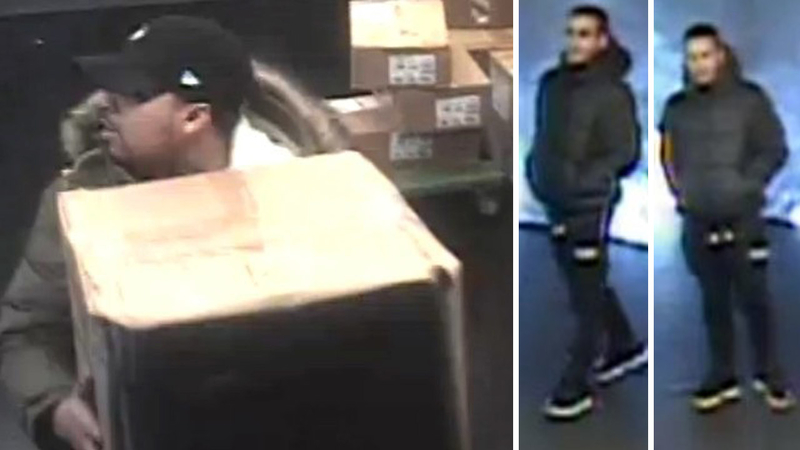 Thousands of dollars worth of shoes stolen from Niketown

NEW YORK CITY -- New York City police are searching for two men who stole thousands of dollars worth of shoes from Niketown in Midtown, Manhattan.

The theft happened Monday night at about 10:10 p.m. at the store on East 57th Street.

NYPD officials said the store was closed at the time but the front door was still unlocked. One man walked in and stole a crate of Jordan Retro 11 shoes while the other served as a lookout.

The brand new shoes are worth about $7,200 and weren't even going to be released until Saturday at 10 a.m.. Each pair retails for about $220.

Police released surveillance video of the thieves, which can be seen in the video player above. Detectives said the two men were seen casing the store about an hour before the theft.