US embassy in Baghdad to send some personnel out 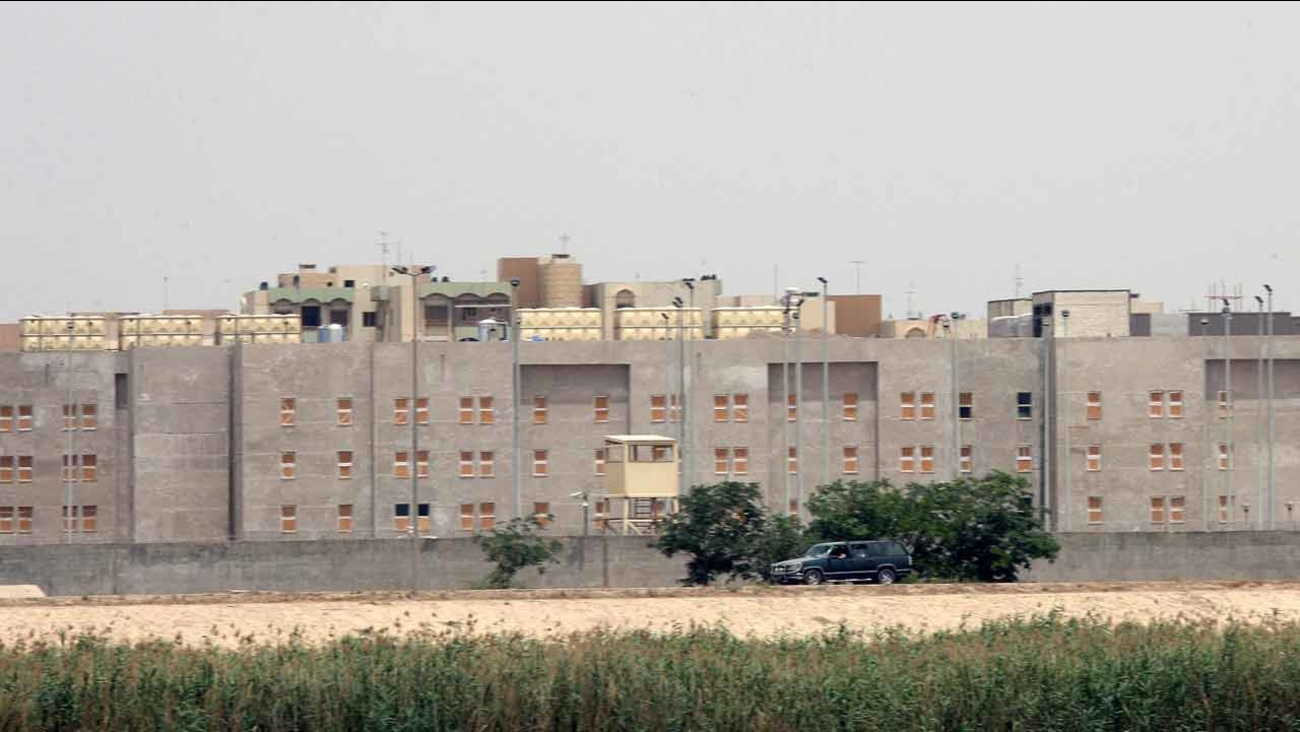 FILE PHOTO - A portion of the new U.S. embassy under construction is seen from across the Tigris river in Baghdad.

AP
WASHINGTON -- The Obama administration is willing to talk with Iran over deteriorating security conditions in Iraq and is not ruling out potential U.S.-Iranian military cooperation in stemming the advance of Sunni extremists, Secretary of State John Kerry said Monday.

The Pentagon, however, quickly tamped down speculation that the United States would coordinate or consult with Iran on any potential military intervention. It also flatly ruled out the idea of "joint military operations" with Iranian armed forces, which the U.S. has long accused of fomenting unrest and backing terrorism in Iraq and throughout the Middle East.

In an interview with Yahoo! News, Kerry said Washington is "open to discussions" with Tehran if the Iranians can help end the violence and take steps that would restore confidence in the Iraqi government. Asked about possible military cooperation with Iran, Kerry said he would "not rule out anything that would be constructive." However, he stressed that any contacts with Iran would move "step-by-step."

"We're open to discussions if there is something constructive that can be contributed by Iran, if Iran is prepared to do something that is going to respect the integrity and sovereignty of Iraq and ability of the government to reform," Kerry said.

On military cooperation, Kerry was cautious but not dismissive.

At the Pentagon, spokesman Rear Adm. John Kirby said there that while there may be discussions about regional security with the Iranians, those would not include military coordination.

"We are not planning to engage with Iran on military activities inside Iraq," said Kirby.

In his Yahoo interview, Kerry said that U.S. air strikes, including from unmanned drones, "may well" be an option that President Barack Obama chooses to try to halt the advance of fighters from the al-Qaida-inspired Islamic State of Iraq and the Levant, or ISIL that is threatening the government of President Nouri al-Maliki.

In the last week, ISIL has taken Iraq's second-largest city, Mosul, and Saddam Hussein's hometown of Tikrit in a lightening offensive that has plunged Iraq into its worst crisis since the 2011 withdrawal of U.S. troops. Over the weekend, militants posted graphic photos that appeared to show their gunmen massacring scores of captured Iraqi soldiers.

Air strikes "are not the whole answer, but they may well be one of the options that are important to be able to stem the tide and stop the movement of people who are moving around in open convoys and trucks and terrorizing people," Kerry said. "When you have people murdering, assassinating in these mass massacres, you have to stop that and you do what you need to do if you need to try to stop it from the air or otherwise."

One possible first point of contact with the Iranians could come as early as Monday in Vienna, where senior U.S. officials is meeting with an Iranian delegations as part of unrelated six-nation nuclear talks.

A senior U.S. official in Vienna said there is a possibility that Deputy Secretary of State William Burns, who is leading the U.S. delegation, may discuss Iraq with Iranian diplomats on the sidelines of the nuclear talks.

In addition to a potential channel in Vienna, officials said U.S.-Iran talks could be held in Baghdad, possibly between the two countries' ambassadors to Iraq.

Kerry's comments were met with speedy rebuke from Sen. John McCain, R-Ariz., who has been harshly critical of the administration's policy toward Iraq. In a statement, McCain said it would be the "height of folly to believe that the Iranian regime can be our partner" in Iraq.

He noted that Iran has long been deemed the world's most active state sponsor of terrorism by the State Department and argued that any greater Iranian intervention in Iraq would make matters worse and severely inflame sectarian tensions that are already near a boiling point.

McCain's position puts him at odds with fellow Republican senator Lindsey Graham of South Carolina with whom he has long shared opinions critical of Obama's foreign policy. On Sunday, Graham said that a U.S. alliance with Iran might be needed to keep Iraq from collapsing.

He said a U.S. partnership with Iran would make him uncomfortable but likened it to the United States working with Soviet leader Josef Stalin in World War II against Adolf Hitler.

With Baghdad threatened by the militants' advance, the State Department said Sunday that it was reinforcing security at the U.S. Embassy and sending some personnel out of town.

Much of the embassy staff will stay in place, the State Department said. It did not say the number of personnel affected. The embassy, along the Tigris River in Baghdad's Green Zone, has about 5,000 personnel and is the largest U.S. diplomatic post in the world.

Some embassy staff members were being temporarily moved elsewhere to more stable places at consulates in Basra, in the Shiite-dominated south of Iraq, and Irbil, in the Kurdish semi-autonomous region in northeastern Iraq, and to Jordan, she said.

U.S. travelers in the country were encouraged to exercise caution and limit travel to certain parts of Iraq. 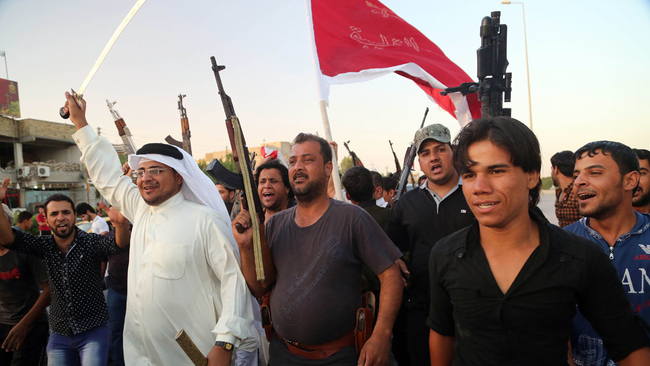