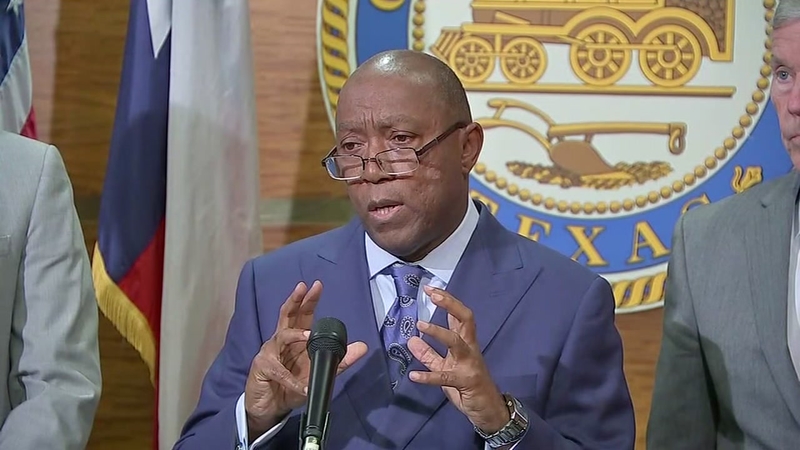 HOUSTON, Texas (KTRK) -- As Houston's new homeless encampment ordinance takes effect, the ACLU has asked that it be blocked by a federal judge.

The ACLU filed suit, claiming the ordinance that aims to get tents out of public areas, along with furniture, and cooking grills is unconstitutional.

"It's not constitutional to punish people for life-sustaining conduct, like trying to cover yourself with nowhere else to go," said ACLU attorney Trisha Trigilio.

Similar ordinances, according to the ACLU, have been struck down in court in other cities.

"We're not telling anyone they have to move," he said. "But tents and furniture, and a lot of belongings represent a public safety issue. Does the disabled person trying to navigate a sidewalk with a tent on it, have less rights than the person living on the sidewalk?"

Above the requirement to clear public rights of way, Turner said the ordinance also offers the homeless a place in shelters operated by the Star of Hope and Salvation Army. They're also provided access to social service agencies, he said.

At one of the encampments on Wheeler Avenue near Main, tents were still pitched beneath the freeway overpass and sporadic fights could be seen among some of the occupants.

"I've seen a few less people there," said a woman who works near the area. "Sometimes you can't talk on the phone with clients because of the noise and yelling."

Moments later, as she spoke to ABC13, a naked man walked by.

"I know government can take a while to move," she said. "We need something done out here. We have rights too."
Related topics:
houstonsylvester turnerhomelessaclu
Copyright © 2021 KTRK-TV. All Rights Reserved.
More Videos
From CNN Newsource affiliates
TOP STORIES