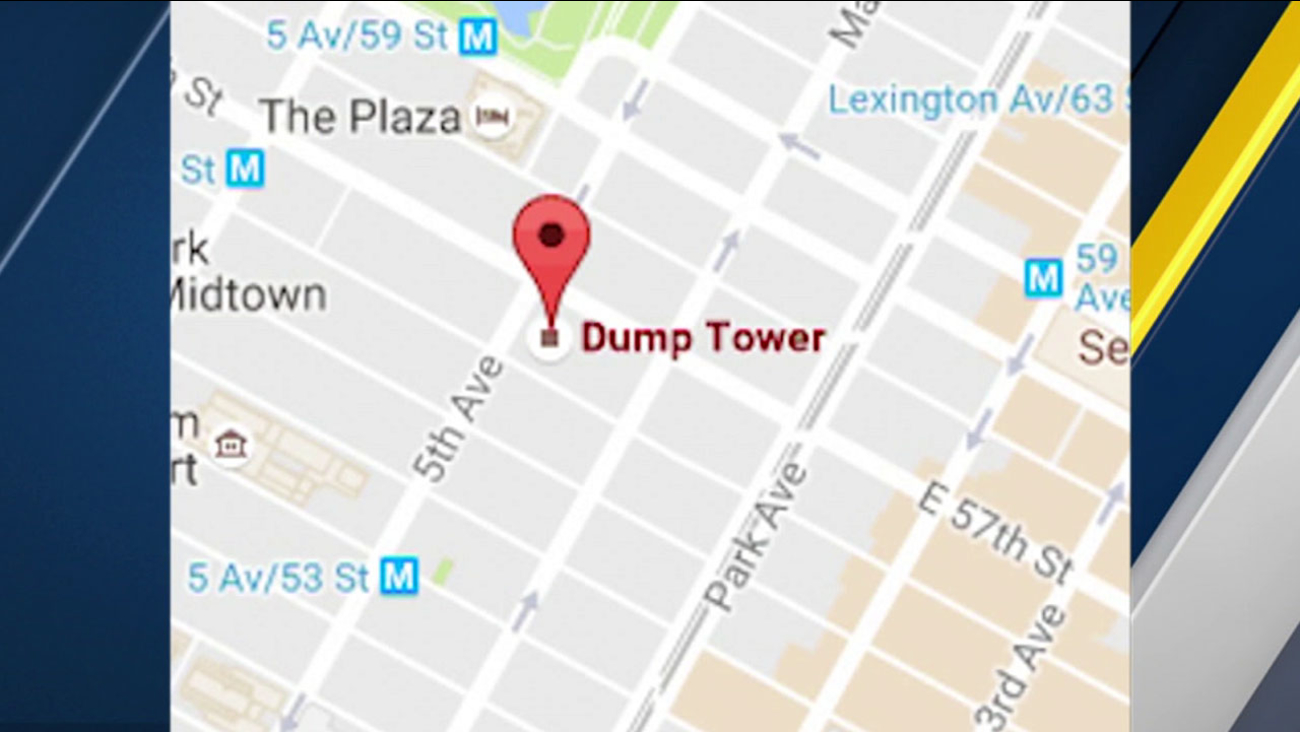 Trump Tower in Manhattan was named "Dump Tower" on Google Maps for a short time on Saturday, Nov. 26, 2016. (KABC)

Instead of Trump Tower, it was briefly renamed "Dump Tower."

WPIX-TV reports that users of the mapping service began noticing the new name for the Fifth Avenue building on Saturday and some took to social media to report it.

Trump, the Republican president-elect, has not yet commented on it. Trump has been using Trump Tower as his transition headquarters.

A Google spokeswoman told The Associated Press that the company has changed the name back to its original.