Trump Says Derogatory Remark Made Towards Clinton 'Not Vulgar' 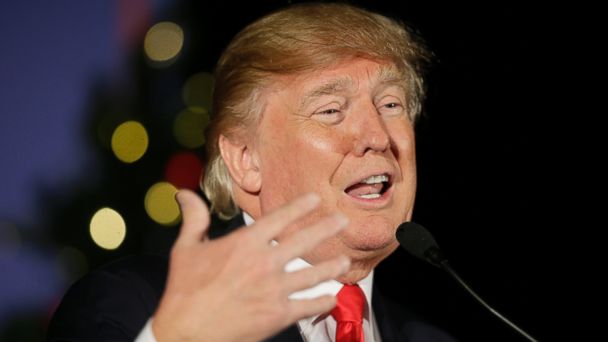 Donald Trump is hitting back at suggestions that a remark he made about Hillary Clinton was sexually derogatory -- tweeting Tuesday night that the phrase was "not vulgar."

Trump has been under fire since Monday for making eyebrow-raising remarks about the former Secretary of State, including that he thought that her use of a bathroom break during the most recent Democratic debate was "disgusting" and that she "got [expletive]" during the 2008 election, when she lost to Barack Obama.

In a tweet Tuesday night, Trump called the media "dishonest" for its characterization of his remarks and said that the term he used was "not vulgar."

"When I said Hillary got [expletive] that meant beaten badly," he said.

Trump and his campaign refused to clarify the remarks after he made them Monday night in Grand Rapids, Michigan.

Clinton fired back at the remarks without directly invoking Trump's name Tuesday, saying "we shouldn't let anybody bully his way to the Presidency."

And her campaign also refused to address Trump by name.

"We are not responding to Trump but everyone who understands the humiliation this degrading language inflicts on all women should," Clinton communications director Jen Palmieri tweeted.