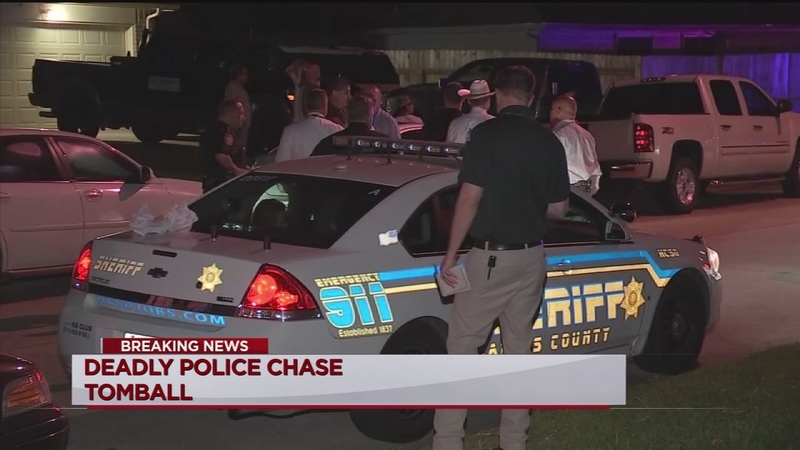 The shooting happened in the 18000 block of Drum Heller Lane in the Tomball area. Before the shooting, officers say the 45-year-old suspect led them on a chase that began in Montgomery County and then into Tomball.

"At one point, he did try to ram three different cars, normal public that he was driving with, trying to get away from officers and also the Montgomery County Sheriff's Office," said Harris County Sheriff's Office spokesman Thomas Gilland. "Again, people in desperate situations do a lot of desperate things. Putting the public in harm is one that this guy was definitely doing."

Investigators have not released his name, but confirmed he had a felony warrant out of Grimes County. Investigators were not able to immediately elaborate on that warrant.