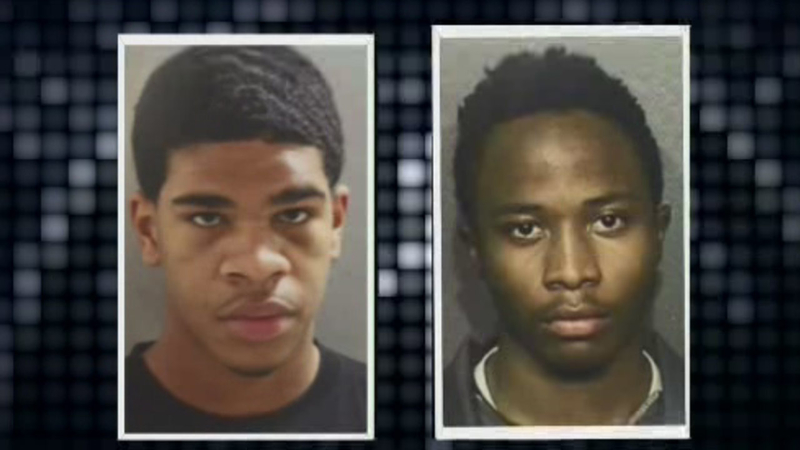 HOUSTON (KTRK) -- Three juveniles, two of which were certified earlier to stand trial as adults, overpowered a guard at Harris County's Juvenile Justice Center early this morning. They remain on the run, with the Gulf Coast Violent Offenders Task Force searching for them.

The unit known for pursuing violent fugitives was called in because one of the escapees is charged with capital murder and aggravated assault in a pair of shootings outside two Houston nightclubs in March. Alferis Coby was only 15 when he was arrested. He was certified as an adult in court last month.

Sixteen-year-old Jahrell West is charged with aggravated robbery. He too, was certified as an adult to stand trial.

The third escapee is 16, but has not been declared an adult. Neither his name, nor the charge against him is being released because, under the law, he is still a minor.

A guard was overpowered and beaten during the escape. The director of the facility says one of them using a pretense to convince the guard to open the cell door. He overpowered the guard, took his keys and let two other juvenile inmates out of their cell.

The guard lay on the floor of the detention area for 45 minutes before he was discovered. The escapees managed to get through four doors in the jail, the last of which was the door leading to the street.

They disappeared. It's unknown whether someone was waiting for them on the outside.

An investigation is underway to determine what security protocols were violated. It's not believed they had help on the inside, according to center director Tom Brooks.

If you have any information on their whereabouts, you're being asked to call Crime Stoppers at 713-222-TIPS.