The world reacts to the death of Debbie Reynolds 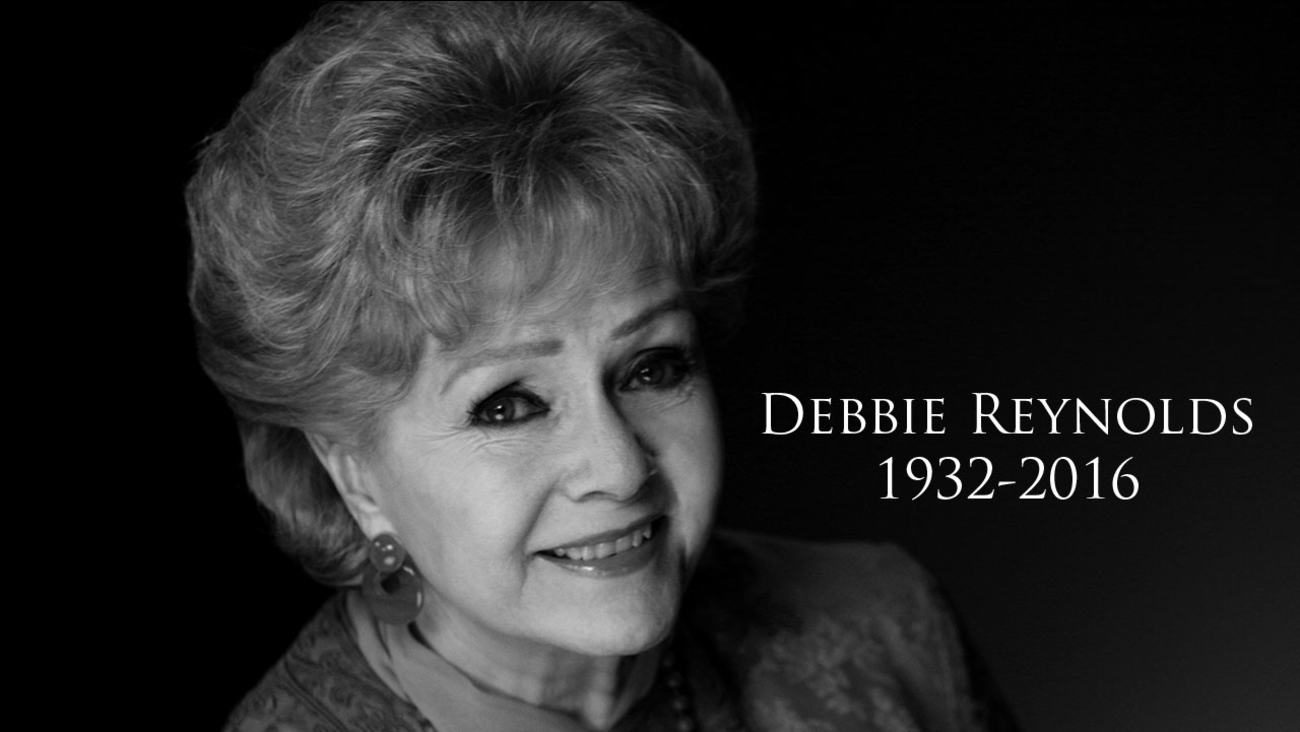 Reaction to the death of actress Debbie Reynolds Wednesday at 84, a day after her daughter, Carrie Fisher, died:

Debbie Reynolds, a legend and my movie mom. I can't believe this happened one day after Carrie. My heart goes out to Billie.

Truly heartbroken to hear @DebbieReynolds1 has died. She was a wonderfully warm friend and colleague. Praying for Todd & Billie. #RIPDebbie pic.twitter.com/P85OVsMBUt

The loss of #DebbieReynolds 1 day after #CarrieFisher is epic. 2016 has taken a piece of all of us.

- "I can't imagine what Carrie Fisher and Debbie Reynolds' family are going through this week. I send all of my love." - Ellen DeGeneres on Twitter.

- "Debbie Reynolds was one of the last of Hollywood Royalty. It breaks my heart that she is gone. I'd hoped that my grieving was done for 2016." - William Shatner on Twitter.

- "A final curtain made of tears #DebbieReynolds #CarrieFisher" - Actress Rose McGowan on Twitter.

- "Today is officially a sad day. As a mother my heart goes out to Debbie Reynolds and her daughter Carrie Fisher. RIP DB and CF" - Actress Zoe Saldana on Twitter.

- "The unbearable loss of a child and now this. Rest In Peace Carrie and Debbie, sending our love and prayers to the Fisher, Lord family" - Actress Lisa Rinna on Twitter.

- "Deepest condolences to the family of Debbie Reynolds. I was just notified of her passing. Such a talented charming lady & a good mother" - Actress Barbara Eden on Twitter.
Related topics:
celebrity deaths
Copyright © 2022 by The Associated Press. All Rights Reserved.
TOP STORIES
We have a cold and damp night ahead
High school student attacked in his family's driveway in Richmond
Winter blast felt across Texas
Man killed in incident authorities believe stemmed from road rage
Major crash blocks southbound lanes of I-45 in The Woodlands
Alvin votes no on 'sanctuary city for the unborn' ordinance
Opening of adult store in Missouri City on hold after zoning issues
Show More
TxDOT crews prepared as temperatures continue to drop
Burglar caught on camera hitting luxury apartment building
Digging into the process of rebranding Sugar Land Skeeters
Adele postpones Vegas residency due to COVID among crew
Man killed during attempted robbery of woman he met online, HPD says
More TOP STORIES News