Terror training shut down after alarming residents in southwest Houston 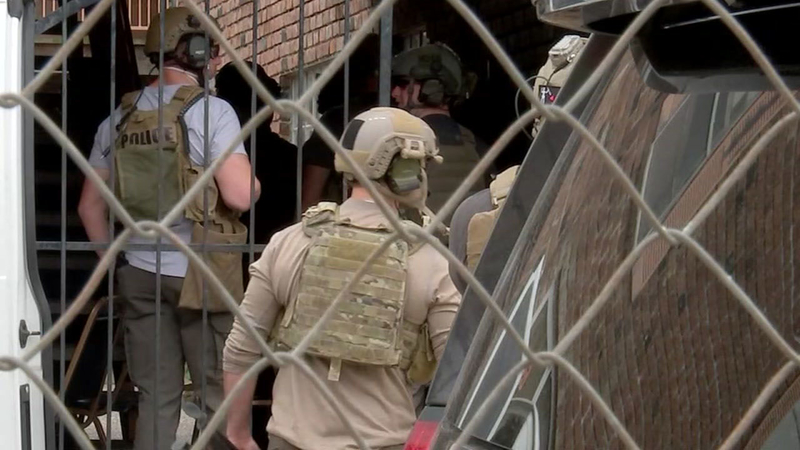 HOUSTON (KTRK) -- Terror training conducted by law enforcement officials at an abandoned apartment complex was shut down by fire officials after residents and business owners complained about the loud noises.

The booms first shook Arthur Kemp's home Tuesday morning. The long time Sharpstown resident had no idea what the explosions were, until a neighbor went to investigate. Turns out, the empty apartment complex at 9415 Bellaire Blvd. was being used for SWAT training for local law enforcement.

"If we'd known, we wouldn't have been so concerned," said Kemp, who was relieved to learn it was just a training exercise.

However, there was one major problem.

The private company conducting the training exercise never got a permit to use live explosives. Instead, the Arkansas-based company Direct Action Resource Center, worked out a deal with the property owners to use the apartments.

"We're working on a shopping center we're developing in Chinatown, and the apartments have been here for over 40 years and this was a great opportunity for law enforcement to use for training, teaching, whatever they need to get done," said Kevin Lan, whose family owns the property.

Lan says he thought he was doing a community service by allowing the company to use his property. Members of the Houston Police Department, Harris County Sheriff's Department, Sugar Land police and others were all among the trainees.

After Eyewitness News started making calls, a Houston Fire Marshal showed up at the site of the training. He confirmed the company had no permits to use live explosives inside the city, as required by city ordinance. The Fire Marshal says plans for live explosive use inside city limits need to be submitted to the fire department and approved. He told Eyewitness News that HFD would never have approved a permit in this case because the location is so close to thousands of residents and could have been a danger.