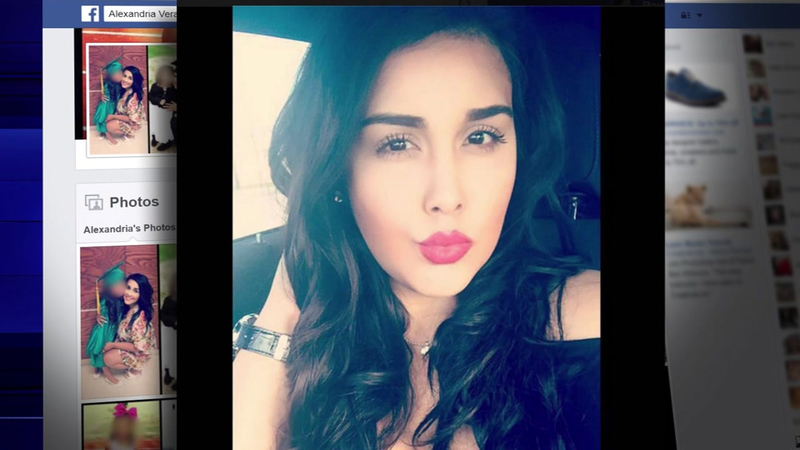 HOUSTON (KTRK) -- The former Stovall Middle School teacher who admitted to having sex with her 13-year-old student has been sentenced to 10 years in prison.

Judge Michael McSpadden said Alexandria Vera's sentencing should serve as a warning to others who are thinking of doing the same thing. He went on to say, "We want teachers to educate our children, we want teachers to keep their hands off of them."

He added that the 10-year-sentence should be seen as a "fair warning to teachers, if you conduct this kind of crime in the future, you will face a severe punishment if you do."

In November, Vera pleaded guilty to aggravated sexual assault of a child. Her guilty plea lowered the minimum sentence, paving the way for parole eligibility in five years.

A woman who identified herself as a close friend of Vera's seemed to indicate the sentence is fair.

"If I was Alex, I'd be counting my blessings," Rhonda Taylor said.

During the trial, the victim wrote a letter to the court expressing that he was in love with Vera. The boy's parents also indicated that they were worried about Vera losing her job.

The victim's mother also said that in her culture, the age difference in her son's relationship with Vera was not an issue.

According to court documents, Vera first met the 13-year-old boy last summer when he was a student in her 8th grade English summer school class.

Teacher accused of sex of abuse of a child appeared in court Friday.

A sexual relationship reportedly developed. Vera became pregnant, but terminated the pregnancy upon learning that Child Protective Services had launched an investigation.

Vera claims she and the teen are in love, and she's been introduced to his family as his girlfriend, court documents state. The boy's parents are reportedly accepting of the relationship, including Vera in family gatherings.

The boy is now in foster care after it was learned the boy's parents were supportive of his relationship and Vera's pregnancy.

Evidence presented in court Friday morning showed Vera had explicit photos of herself and the 13-year-old male student on her phone. Evidence also showed that Vera moved the boy's father into her own home and initially told police she was dating the boy's father instead. She later admitted to having a sexual relationship with the boy.

Prosecutors also said that Vera allowed two eighth graders to have sex in her home.

Former U.S. Department of Education Chief of Staff Terry Abbott has spent years tracking student-teacher inappropriate relationships. He said a 10-year-sentence is one of the lengthier ones he has seen in Texas.

"That's great," Abbott said. "We've been waiting for those kinds of sentences in Texas for a long time. The judicial system is coming along just like the school districts are coming along in saying, hey, this is a serious crime."