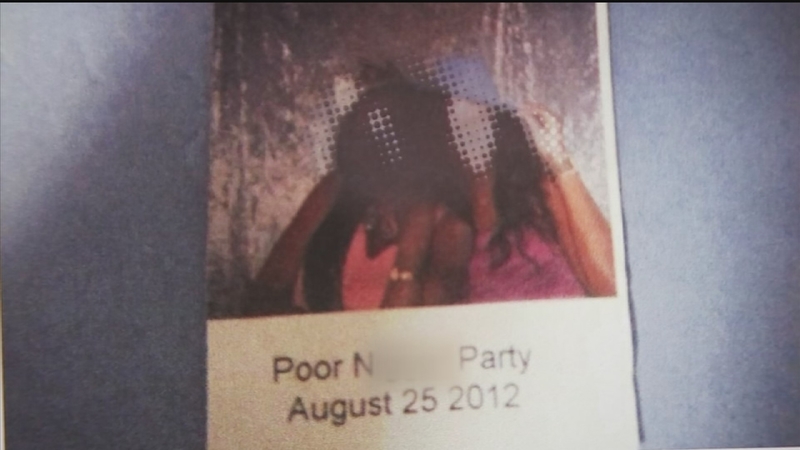 HOUSTON (KTRK) -- A Fort Bend County couple is suing the owner of a photo booth that was at their wedding, claiming he and his company are responsible for the racist photo caption on some of the guests' printed pictures.

Hale represents the couple who have sued Evans and Premier Photography claiming not only breach of contract -- for a memory stick of photos they say they never received -- but also for negligence and mental anguish.

"They trusted this company to provide them with a service on their most important day and what they got was the complete opposite they got a slap in the face. Every time they think about their anniversary, they think about this. It's never going to go away, said Hale

Both Evans and his attorney, Christine Kirchner, declined an on-camera interview but directed us to their responses filed in civil court.

In one filing, they deny all the allegations. In another, they write at a party of 100 people, there is no evidence linking the company to the offensive caption and no evidence of any mental anguish.

Hale disagrees. At the very least she says her clients were hoping for an apology.

Mediation is scheduled for Thursday morning. If no agreement is reached, the case is set for trial in July.
Related topics:
houston
Copyright © 2021 KTRK-TV. All Rights Reserved.
More Videos
From CNN Newsource affiliates
TOP STORIES