Schlitterbahn waterslide where boy died will be torn down 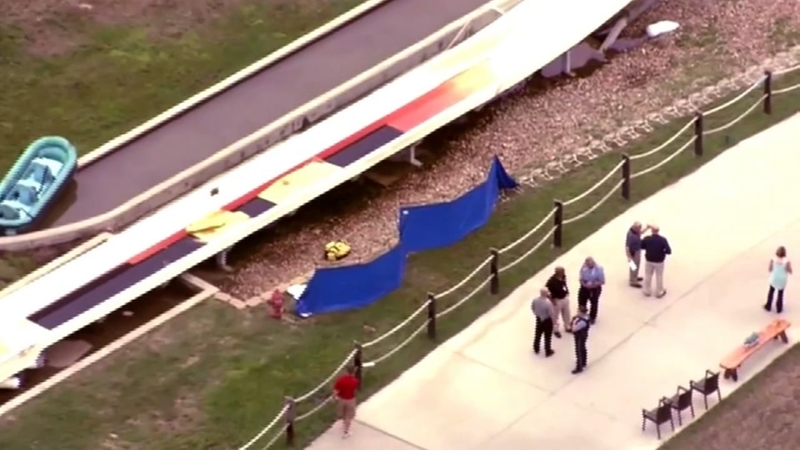 A waterslide at a Kansas City Schlitterbahn where a boy died over the summer will be torn down, the company announced.

The Verruckt will be closed after the investigation is complete and a court gives them permission.

"In our opinion, it is the only proper course of action following this tragedy," spokesperson Pam Renteria said in a statement. "We will, at some point in the future, announce what will be built in its place."

Caleb Thomas Schwab, the son of Kansas state Rep. Scott Schwab, was killed while riding Verruckt. The slide is 168-feet tall and has 264 stairs leading to the top -- taller than the Statue of Liberty. The slide's name means "insane" in German.

Bill Ritter has the story.

The lifeguard told Castaneda that there was nothing he could do to help. It was at that point that he noticed the boy appeared to have been decapitated.
Related topics:
childrenamusement park
Copyright © 2022 KTRK-TV. All Rights Reserved.
TOP STORIES
We have a cold and damp night ahead
Winter blast felt across Texas
Man killed in incident authorities believe stemmed from road rage
Major crash blocks southbound lanes of I-45 in The Woodlands
Alvin votes no on 'sanctuary city for the unborn' ordinance
TxDOT crews prepared as temperatures continue to drop
Burglar caught on camera hitting luxury apartment building
Show More
Digging into the process of rebranding Sugar Land Skeeters
Adele postpones Vegas residency due to COVID among crew
Man killed during attempted robbery of woman he met online, HPD says
Feud over woman led to fight and deadly shootout, family says
Texas doctor dives into Shark Tank with invention that stops hiccups
More TOP STORIES News