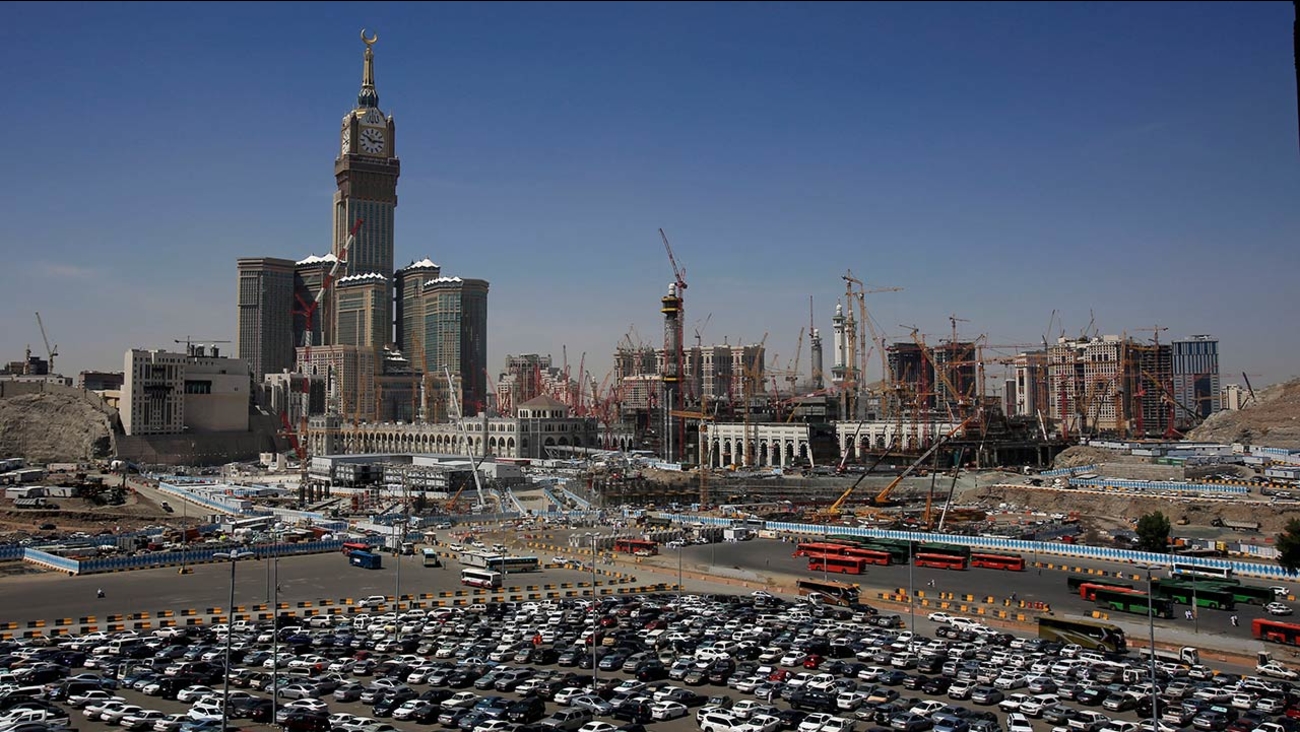 In this Tuesday, May 13, 2014 photo, construction cranes and scaffolding dominate the minarets and entries to the Kaaba at Mecca, Saudi Arabia (AP Photo/Hasan Jamali)

RIYADH, Saudi Arabia -- Saudi authorities have raised the death toll in a construction crane collapse at Mecca's Grand Mosque to 107.

The country's civil defense authority tweeted early Saturday that 238 people were injured in Friday's accident, which occurred ahead of the start of the annual hajj pilgrimage later this month.

Images aired on Saudi state television have shown the crane's metal boom smashed through what appeared to be the roof of the mosque.