KTRK
HOUSTON (KTRK) -- It is an emotional day for the city as a fallen firefighter is honored and remembered.

Captain Dwight Bazile died after collapsing while battling a fire last week. Fire trucks led a processional this morning. Hundreds of firefighters, friends and family members honored his life and his decades of service to our city. 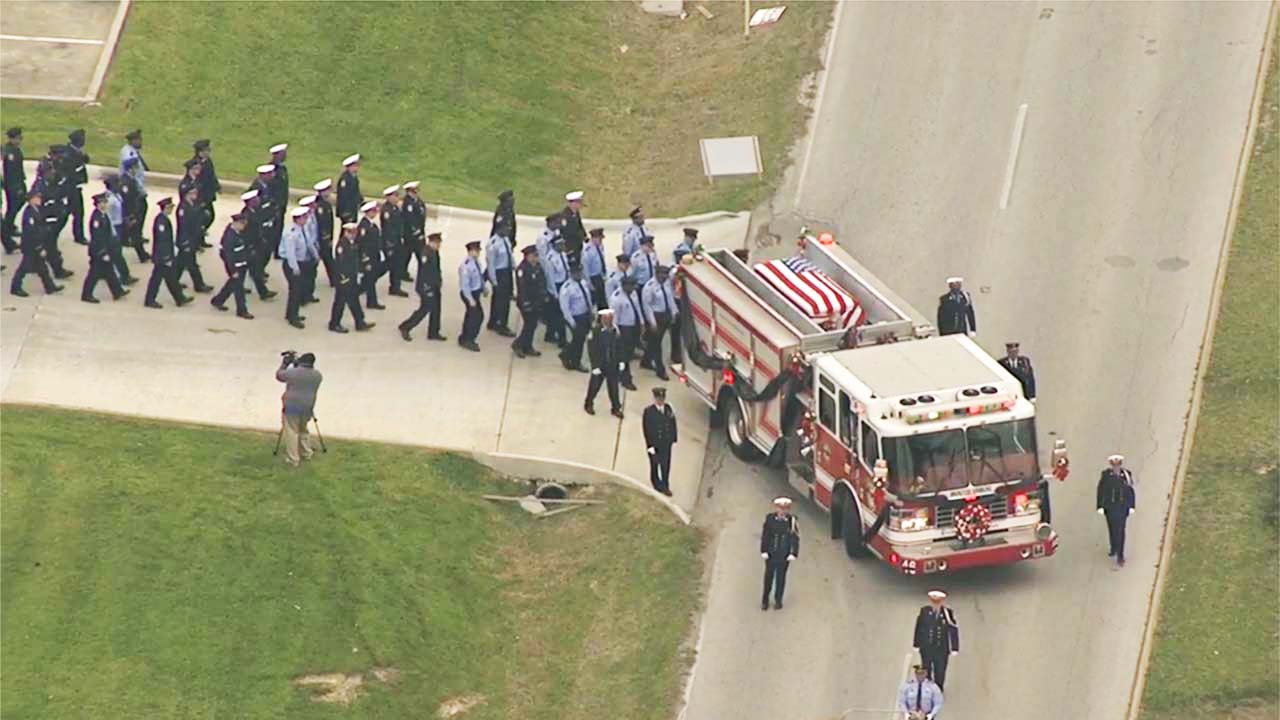 The funeral at The Church Without Walls on Queenston Boulevard was packed with friends, family and firefighters to honor Captain Bazile.

Known as 'B.B.' or 'Zill' to friends and family, the 57-year-old captain passed away Saturday, February 21, at Memorial Hermann Hospital. He collapsed while fighting a House fire two days earlier in SE Houston. Officials say it a cardiac arrest.

Captain Bazile entered the Houston Fire Department in October of 1977. He proudly served most of his career from Fire Station 46 in Southeast Houston. He was promoted to Captain in 2008, so it's no surprise that hundreds of firefighters and residents came pay their final respects.

Here is what several firefighters who knew him had to say about Captain Bazile.

"He made it worth coming to work," said fellow firefighter Rodney Smith. "We laughed we kidded with each other. That's how we made it through the day. He will be sorely missed and never forgotten."
Related topics:
houstonfuneralfirefighters
Copyright © 2020 KTRK-TV. All Rights Reserved.
RELATED