Police: Drunk driver runs over himself in Florida 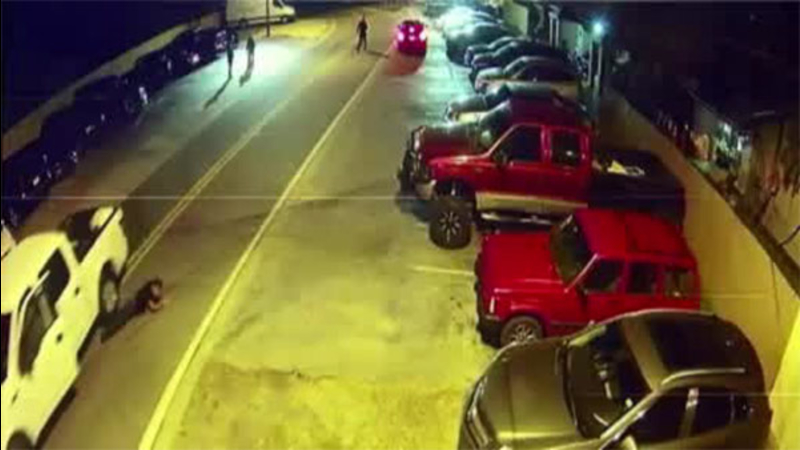 VIDEO: Police: Drunk driver runs over himself in Florida

Police say a man in Florida became the victim of his own drunk driving, and ended up being run over.

In the video, the man appears to ignore the bouncers as he leaves a strip club in Orlando.

He gets into the driver's seat of his pickup truck, and as he pulling away he falls out of the truck.

And the back wheels end up rolling over him.

The out of control truck then crashed into a nearby house.

The driver was able to run away, but police found him days later because he left his license at the club.