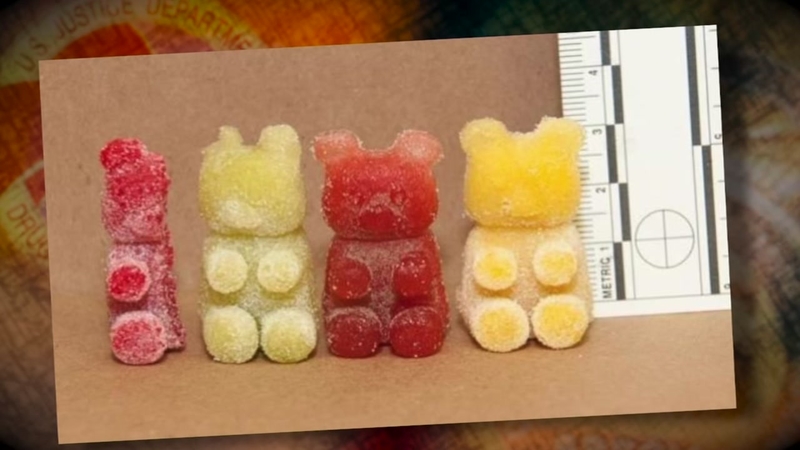 HOUSTON (KTRK) -- On top of the many things that parents have to worry about, there's a new threat that involves drugs that look like candy.

Shirley says her 15-year-old son got candy laced with drugs from a student he didn't know at Summer Creek High School last month. He told her it looked just like jolly ranchers.

"He says he didn't know that they were drugs, and he realized after he'd taken it that it wasn't just candy," she said. "So he felt like he'd done something wrong because he had taken drugs."

Payal Patani with the Fort Bend Regional Council says many students don't see the danger in using and sharing these drugs.

"About 16 percent of middle and high school students report the access to synthetic drugs is very easy," Patani said.

DEA Special Agent Wendell Campbell says drugs recovered during raids all were laced with drugs. Marijuana, synthetics that mimic LSD, bath salts and new chemicals known as Flaka and NBome. Each of these drugs look like ordinary candy.

"They don't know what they're ingesting. They're playing Russian Roulette with their lives," Campbell added.

He says the type of infused candy comes in the form of chocolate bars, but also fruit type roll-up candies, as well as hard candies, lollipops, suckers.

John Robson, the COO of Fort Bend Regional Council, says it's helpful to do anything to start a conversation with your child about drugs at school.

"Since this has happened, I've had more specific talks with my son about different things that he may not have come across that he might in the future to make him more aware of what to say and do," Shirley added.