HOUSTON (KTRK) -- The mother of a young man who was murdered over a pair of Air Jordans testified Thursday against one of the three suspects involved in her son's slaying.

"I ran to the car to get my son out... to save him. Protect him. That's what mothers supposed to do," Williams said. "Told him it was me here. It was gonna be OK."

Williams said her son's organs helped save at least one person's life.

"Someone has my son's heart. Two people gave his kidneys. One has his liver."

Neal Bland and two others are charged with killing Woods on December 21, 2012 after they allegedly followed him from Willowbrook Mall, where he'd just bought a pair of limited-release Nike Air Jordan shoes, and robbed him. Bland is now on trial for his role in the killing.

Williams has been outspoken since her son's murder. She says the limited release of the popular Air Jordan sneakers creates a demand for the shoes that too often leads to crime. 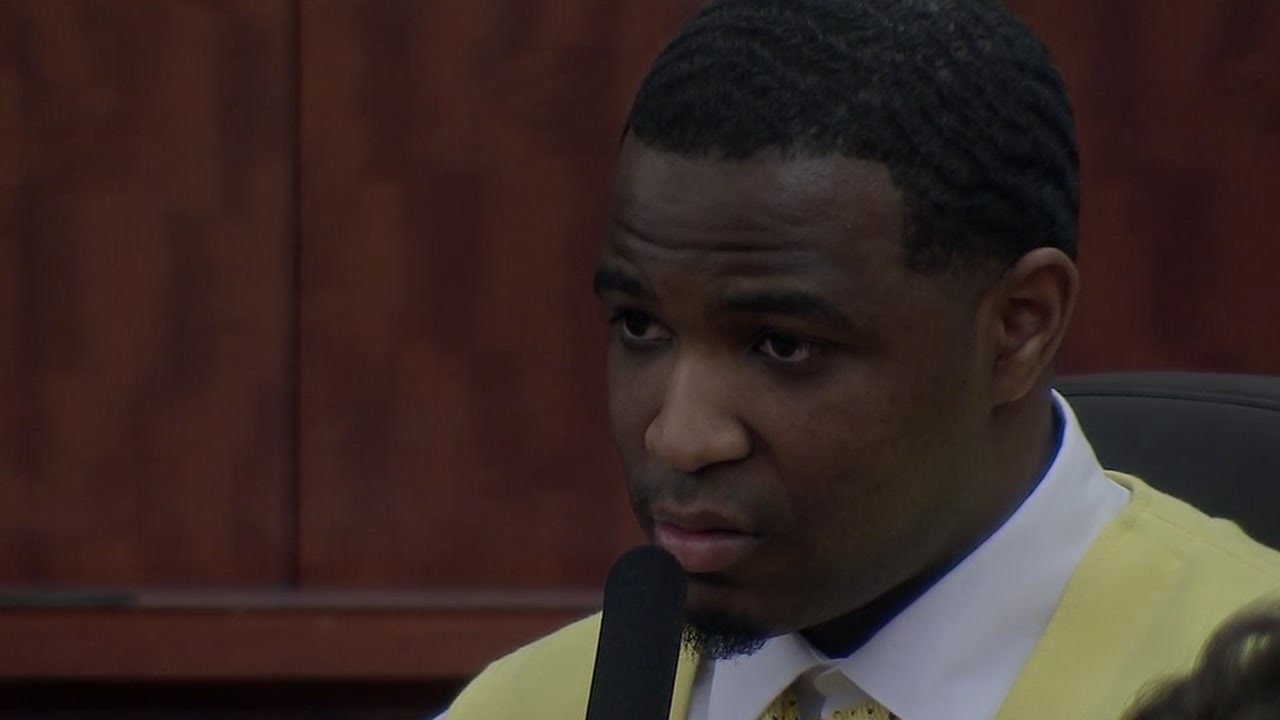 Trial begins for teen accused of killing over Air Jordans
Neal Bland is facing charges in the death of Joshua Woods.
Williams has started an organization called Life over Fashion and is trying to get the fashion industry to stop limited releases of products.