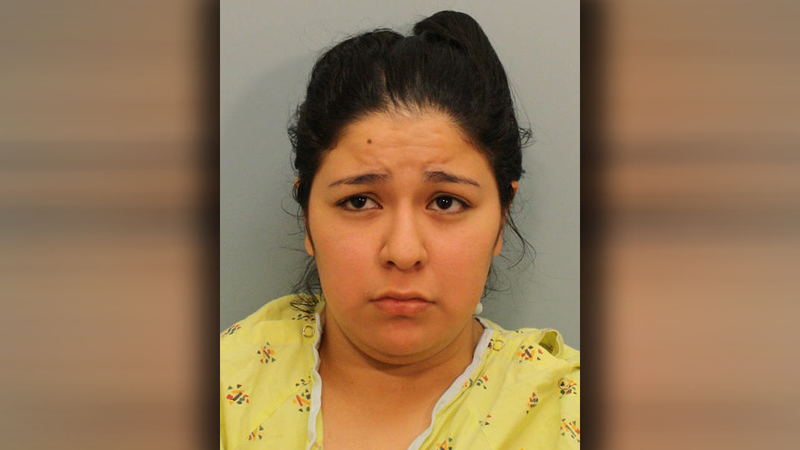 HOUSTON (KTRK) -- A mother is accused of stabbing and mutilating her 4-year-old son in northwest Harris County Thursday.

Authorities say the 23-year-old woman stabbed him all over his body inside a home on James River Lane home, then dragged him outside and continued the assault in the driveway.

Jenea Ann Mungia allegedly beat the boy with a garden tool and slammed him onto the driveway. A FedEx driver saw this and called 911. When deputies got there, Mungia was naked from the waist up. A bloody shirt could be seen in the driveway.

Dep. Thomas Gilliland says the deputies that responded were shaken up.

"In the course of events that we maintain every day, these are the types of scenes that weigh heavily on us," Gilliland says.

"I've only lived here for four months, but I've lived in this area for 20 years. All of the neighbors are in shock that that would happen on our street," Carrie Smith said.

"It made me want to grab my baby and hold him tight," added Sarah Moore.

The little boy was airlifted to Memorial Hermann Hospital and taken straight into surgery.

Friends who say they've known Mungia since elementary school said off camera that she was diagnosed with postpartum psychosis when she had her son, but added that they thought it had been treated and was under control -- until this happened.

"It's shocking, but it happens," says Jeffrey Hall who lives across the street. "I don't know what goes on behind closed doors."

Family friend Emily Mascorro says she found out about this on the news: "I never suspected...so I'm really shocked."

For Sarah Moore, this is beyond understanding: "I love my kids more than anything in this whole world. I couldn't imagine hurting them. Shame on you."

Mungia was taken in for questioning and a mental health evaluation. She's been charged with injury to a child.
Related topics:
cypress
Copyright © 2021 KTRK-TV. All Rights Reserved.
More Videos
From CNN Newsource affiliates
TOP STORIES