Flow of heroin into Houston surges as price drops 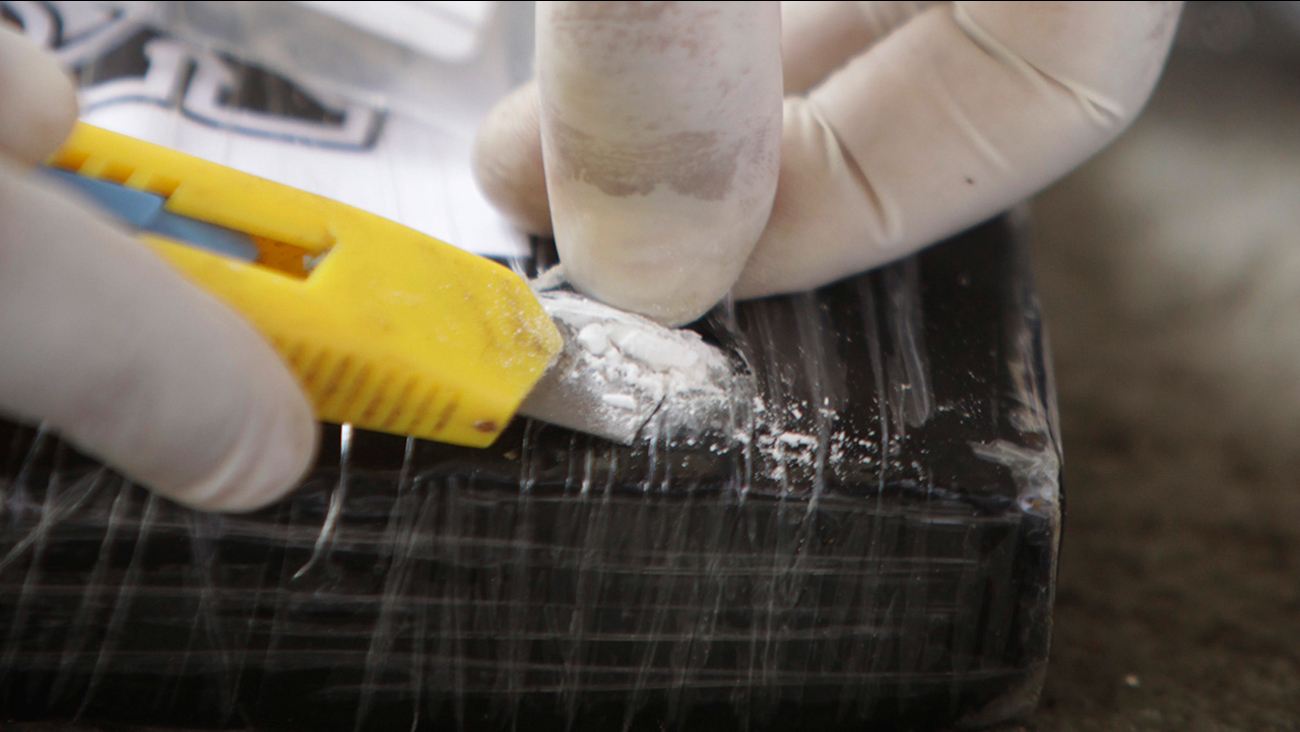 An anti-narcotic agent takes a sample of heroin during a press conference in Panama City, Monday, Aug. 1, 2011. (AP Photo/Arnulfo Franco)

HOUSTON -- The flow of heroin from Mexico to Houston has surged, leading to an estimated 500 percent increase in the amount of the drug seized in Southeast Texas over the past year, authorities said.

Federal and state officials say the popularity of heroin has increased largely because it's now cheaper. The price in the Houston region dropped from $1,200 per ounce in 2012 to $800 in 2013, according to the Houston Chronicle.

The drop in price has correlated with a rise in deaths in Harris County attributed to heroin. There were 32 deaths in 2012 and that number grew to 49 last year. There have been 19 so far this year in the county.

Federal authorities say Mexican criminal organizations that manufacture the drug are capitalizing on a growing U.S. market for heroin.

"They are shipping it to places where they can make more money, where there is more robust demand," said Steve Whipple, assistant special agent in charge of the U.S. Drug Enforcement Agency's Houston division.

Added Malcolm Bales, the U.S. attorney for the eastern district of Texas, "The Mexicans are always ahead of the curve on the business end of it."

Methamphetamine remains the greatest single drug threat to the Houston region, authorities say, but they see the use of heroin as a growing concern that will continue.

A primary reason for the rise in the opiate is that prescription drugs are harder for abusers to acquire because authorities have cracked down on so-called pill mills, officials say. Fewer prescription drugs such as Oxycontin are available on the black market so people are turning to heroin because it's easier to obtain, according to Matt Feehery, chief executive officer of the Memorial Hermann Prevention and Recovery Center.

"When confronting the problem of substance abuse, it makes sense to focus attention on the most dangerous types of drugs," he said in March. "And right now, few substances are more lethal than prescription opiates and heroin."
Related topics:
houstoncrimetexas newsheroindrug
Copyright © 2020 by The Associated Press. All Rights Reserved.
More Videos
From CNN Newsource affiliates
TOP STORIES