KTRK
By Miya Shay
HOUSTON (KTRK) -- The city of Houston says it is considering punitive measures against the transportation company Uber after one of his drivers was charged with sexually assaulting a passenger.

Mayor Annise Parker made those comments a day after it came to light that the driver charged with sexual assault was not permitted by the city of Houston, as required by city ordinance.

Duncan Burton, 57, is charged with sexual assault following an alleged attack in January where investigators say he raped a woman who had requested a ride home. According to court documents, the woman was drunk and couldn't remember her address so he allegedly took her to his home in southwest Houston, where the woman believes the attack took place.

Mayor Parker says the city could shut down Uber operations within Houston completely, but she is not sure if that is the appropriate action at this moment. The city's legal team is looking over its options right now and hope to have a decision later Wednesday.

City inspectors have tried to crack down on Uber drivers who are not officially permitted by the city as required by law. However, city officials have no idea how many of the company's drivers are permitted, since technically they are all supposed to have permits.

Uber said last week that Burton had passed its background checks and that he was allowed to drive for them. But Eyewitness News has learned that Burton served 14 years in federal prison for conspiracy to posses with intent to distribute cocaine. His former attorney Cheri Duncan confirms his criminal history.

City officials though say that's proof that Uber's background check is not as thorough as the one required by Houston's regulations.

"The reason why that national background check, fingerprint-based, is so important is because not all background checks are alike," said Lara Cottingham with the City of Houston's Administration and Regulatory Affairs Department.

Current regulations in Houston do not allow permits to be granted to those convicted of offenses related to violence, drugs or alcohol.

Cottingham says city leaders are headed to Austin to pursue legislation that would create a statewide requirement for background checks on drivers for Uber and other entities, rather than leaving things as they are now, up to individual municipalities. 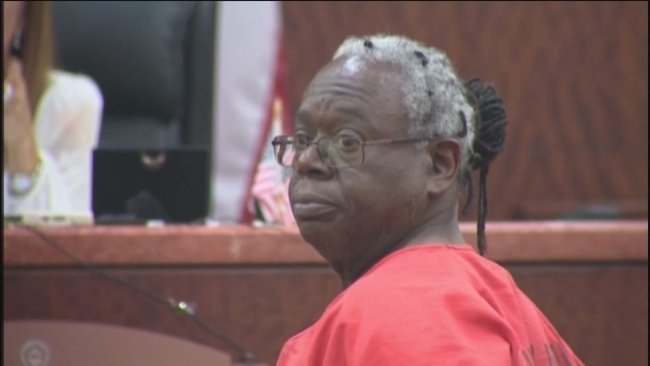